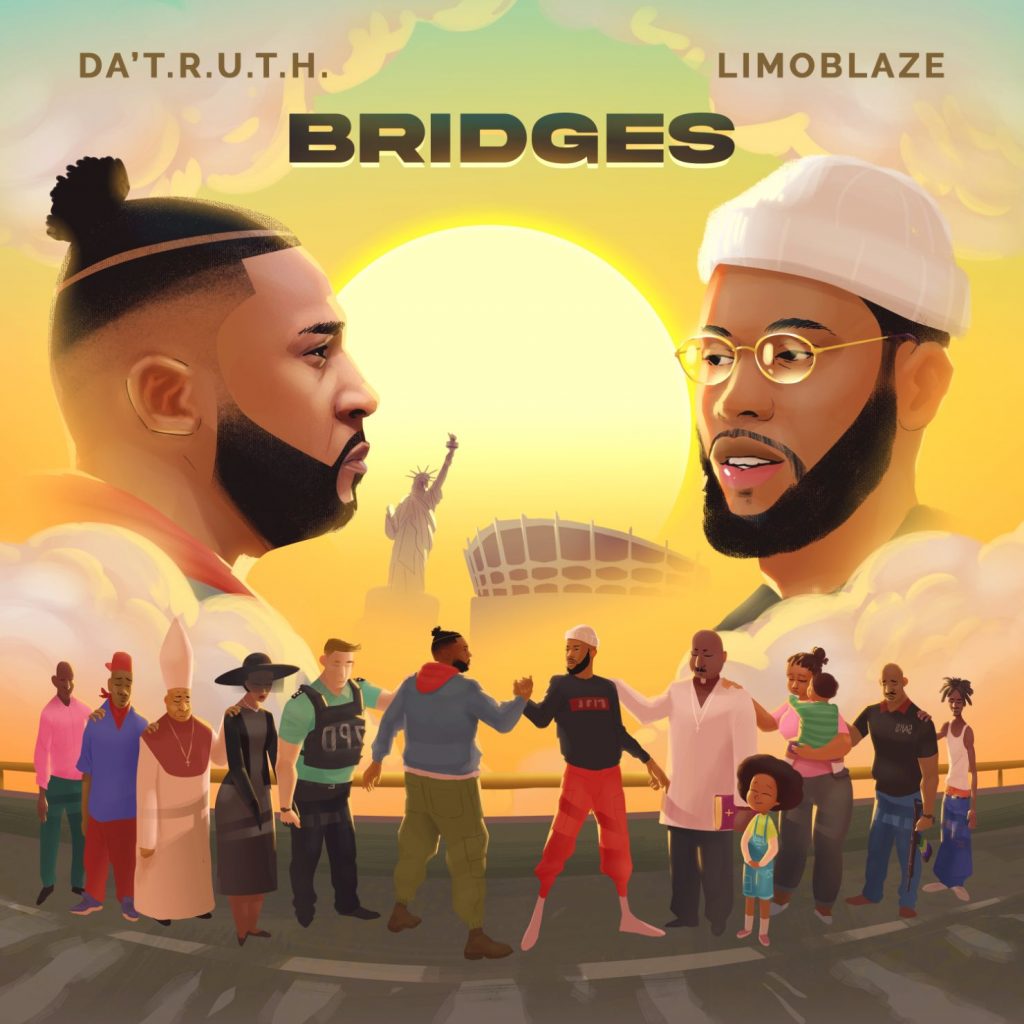 Hip Hop and Afrobeats that are both powerful and message-heavy.

That is what listeners can expect from the new album Bridges from CHH veteran Da’ T.R.U.T.H. and Afro-Gospel sensation Limoblaze.

The nine-track album features atmospheric beats, catchy melodic elements, raw instrumentation, and grasping vocals. It is a testament and a journey to both artists’ diverse sound and style.

“In these dark and polarizing times, Bridges is a hope-filled album that fuses hip-hop and Afrobeat. It’s upbeat, fun, and energetic melodies will make you dance, while it’s provocative themes will make you think. Two of the most highly respected artists in their respective genres have teamed up to give us a body of work that will move the culture forward in building bridges, not barriers.”   – Da’ T.R.U.T.H.

The album is set to be a chart-hitting project as every track radiates a powerful aura that will have listeners hooked.

This highly anticipated release will be available on all digital stores on November 20, 2020. 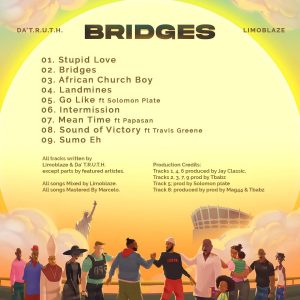