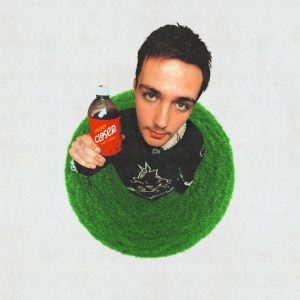 Hello, and welcome to today’s edition of The DIVE Series*. My name is DJ Expander. This installment is the sixth I have done so far. I must say that I am enjoying being a part of the FiveTwenty Collective writing team!

Earlier this month, I reviewed SLEEPIN! by nobigdyl. Nearing the end of the third month of The DIVE Series’ run, I will study Closer by Reach Records artist Hulvey.

“Put on the whole armor of God, that you may be able to stand against the schemes of the devil.” ‭‭- Ephesians‬ ‭6‬:‭11‬‬‬

Closer has a lot of Biblical meat, so I will attempt to cover it all concisely.

Let’s dive right into this track. The intro of the track beautifully starts the song off with:

The song’s intro indicates that the track is about the want and need for followers of Jesus to be closer to God through a relationship with Jesus.

Hulvey starts off the first verse by saying,

Hulvey indicates that his ultimate goals are to:

He mentions that the Body of Christ needs to stand together. Missionary work is dangerous since Christians all over the world are subject to persecution for their faith in God.

“Yeshua, He walked on the Earth, He was on His own turf and His own people left Him hanging/What if we seen Him in-person without no rehearsing, man, tell me would we even claim Him?”

He finishes off the 1st verse by saying,

“I know I’m the one that need Him/Man, I found my freedom when I found out they hit and beat ’em/And He hung on the cross, that’s how they chose to seat Him/You don’t need a seat at the table when you got a seat in the Kingdom/I can’t help but be humble whenever I think of the day that I’ll see Him.”

These four bars were a great way to end the opening verse of this track.

Hulvey admits that he, like everyone else, needs Jesus. He also acknowledged his freedom when He learned about the love that Jesus showed us through the sheer amount of suffering that Jesus endured, to save those who believe in Him from being in Hell for eternity. This suffering includes His dying on the cross, which is how the Jews chose to kill Jesus. The Romans carried out the crucifixion because the Jewish authorities insisted. He finalizes this verse by talking about how humble he is just thinking about the moment he meets Jesus when he passes away and goes to Heaven.

The second verse is briefer but still has a good amount of Biblical meat.

Hulvey mentions he used to be dark, which in this case, means he used to be spiritually dark without his belief in Jesus and the Holy Spirit inside of him. He continues to sing to God, asking Him to open his heart and telling God that he has faith as a child of God. He said he’d rather have Jesus than fame here on Earth. Jesus is more than worldly fame or riches will ever be because we can’t take those things with us when we die. He also asks God to open the door to Jesus for the rich and poor throughout the world.

He continues the second verse,

“Top-down, He done paid my sentence, huh/I’m a drink this juice in sin remembrance, huh/Yeah, I’m from the Wick where it get wicked, huh/I guess that’s the reason that He sent Him, huh.”

Hulvey indicates to his audience here that Jesus paid his sentence, to Hell, before he accepted Jesus into His heart. He also says he’ll drink juice (grape juice typically used in communion) to remember Jesus and what He did to wash away our sins. Hulvey mentions that he’s from the “Wick.” Here, he pays homage to his hometown of Brunswick, Georgia.

As of the writing of this article, he has created two songs about his hometown (the “Wick”) called “This Pain We Feel” released in May 2020, and “Back In The Wick” released in January 2021. He then goes on to say the “Wick” can get wicked and that the wickedness of man is the reason God sent Jesus to die on the cross for our sins.

Torey D’Shaun ends the track with a beautiful refrain where he praises God about how He’s always been close and there for him even in the darkest times.

Closer is a track by Hulvey featuring Torey D’Shaun and produced by Joel McNeill, Carvello, and Ace Harris. At the time of this writing, this track had over 64 thousand streams on Spotify, while it dropped less than a week ago. Hulvey and Torey D’Shaun have done good work conveying the primary two purposes of this song:

To sing praises unto God for what He has lovingly done for us and to convey the artists’ faith in Jesus, and Biblical knowledge so that the audience may consume this content to help improve their spiritual health by becoming closer to God.

As mentioned in the verse of the day, Ephesians‬ ‭6‬:‭11‬‬‬, “Put on the whole armor of God, that you may be able to stand against the schemes of the devil.”

Putting on the whole Armor of God is extremely important for Hulvey and Torey D’Shaun. This includes staying rooted in God’s Word and the way, truth, and the life that is Jesus Christ.

In the same way, it is important for these Christian Hip Hop artists to aim to be closer to God, it is equally important for us as followers of Jesus to want a closer relationship with Jesus as we follow Him.

**See the full Closer audio at the end of the article!**