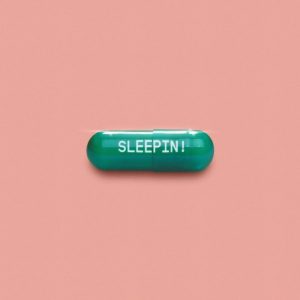 Hello everyone, my name is DJ Expander, and welcome to yet another edition of The DIVE Series*!

Last month we went over two consecutive tracks by Andy Mineo and Lecrae called “Coming In Hot” and “Been About It”. This month, I am going to switch it up a little bit. I will not be going over mutually complimenting tracks this month. However, today I will DIVE into the brand new single by artist and musician nobigdyl. called SLEEPIN!

“The reward for humility and fear of the Lord is riches and honor and life.” – Proverbs 22:4

Dropped by nobigdyl. on September 30, 2022, STEPPIN! has over 49,000 plays in about 5 days. The song is doing very well statistically and is expected to rise in streams as the weeks pass by.

The first line in the track’s intro goes, “Eli got it jumpin’, Eli, alright.” It is a slowed sample from nobigdyl. ‘s verse on indie tribe’s “HOLY SMOKE!” track from their album ‘UPPERHAND’. The intro conveys that the Christian Hop Hop producer Wow Eli is a producer on this particular track. The second line, “Hol’ up, Wop, you made this?” is the official beat tag of Christian Hip Hop producer Scottie Wop. Later in the song’s outro, Wow Eli’s beat tag, “Wow Eli, can you be a little more serious?” is featured.

These lines show the audience that this track was co-produced by legendary Christian Hip Hop producers Wow Eli and Scottie Wop.

While I will not go over the entire song and its details, I will attempt to extract and analyze the lyrics to show what nobigdyl. is most likely trying to convey.

Diving into the chorus of the track, nobigdyl. says:

“Everybody keep on sleepin’ on Dyl. Blood, sweat, tears, man, look what I spill.”

Based on the other lyrics in the song, it seems like nobigdyl. believes he has a good enough work ethic to be less slept on by people than he currently is. (For context, “slept on” means when the greatness of someone or something is ignored or not appreciated). In verse one, he mentions how sometimes he’s “way too obsessed with [his] legacy.” He ends the chorus with, “Industry kill or be killed. And e’rybody just keep taking they pill.”

The overall premise of the hook is potentially that nobigdyl. wants to impact more people’s lives by becoming more known within the music industry and less “slept on.” This potential premise not only arises as a result of the chorus itself but also nobigdyl. ‘s overall belief and faithfulness to Jesus Christ.

“I think I won my fight with God. Came away limpin’. They think I’m pimpin’.”

He uses the slang term “pimpin’,” which means looking cool and is typically popularized by Hip Hop culture.

The Biblical reference in these lines is in Genesis 32:24-32, which tells the story of Jacob wrestling with God as a representation of nobigdyl. ‘s conflict with God. Jacob ended up winning, but there was a significant consequence. He gained a severe hip injury, causing him to walk with a limp.

nobigdyl. was born in Oakland, CA, but was relocated to and raised in the backwoods of Tennessee in Bell Buckle to be with family.

In the second verse, he compares these roots to Christ and His physical roots, who was born in Bethlehem but raised in Nazareth. He does this by saying, “Online, it say he from Tennessee. But really I come from Nazareth.”

I noticed that, in the second chorus, nobigdyl. slips the line, “This is a song about ego.” This gives the audience a clear indication that the song is at least partially about his struggle with his ego and how it affects his relationship with God.

nobigdyl. finishes the second verse off by saying:

“Can’t play with God like that, rather be hearin’ him out. I’m fearin’ him now. Spent years out here chasin’ things that now I don’t even care about. I’m here and devout.”

SLEEPIN! by nobigdyl. co-produced by Wow Eli and Scottie Wop. It has over 49k streams on Spotify in less than a week. While this track is not one of nobigdyl’s most listened to tracks, he has put together an astonishingly well-written song that:

As mentioned in the verse of the day, Proverbs 22:4, “The reward for humility and fear of the Lord is riches and honor and life.”

Having a healthy fear of the Lord and a strong sense of humility is very important for nobigdyl.

As a follower of Jesus, in the spotlight of the Christian music industry, it is of the utmost importance to have and show humility on a daily basis.

**See the full SLEEPIN! music video at the end of the article!** 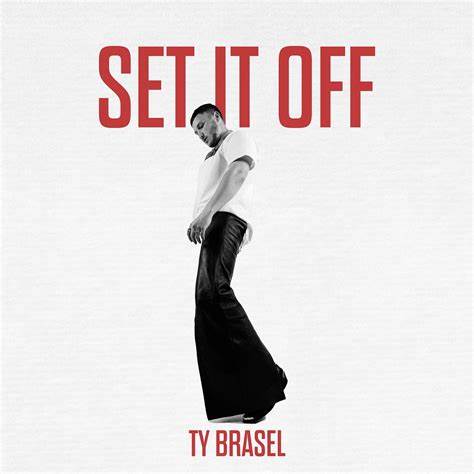