Home Articles The DIVE Series: Andy Mineo, “Been About It” 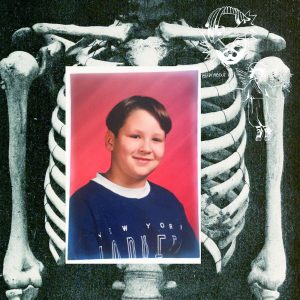 Hello, my name is DJ Expander, and welcome to today’s edition of The DIVE Series*. I hope you are having a wonderful day!

“Owe no one anything, except to love each other, for the one who loves another has fulfilled the law.” – Romans 13:8

As mentioned previously, Been About It is the follow-up to Andy Mineo’s Coming in Hot, which I reviewed in the last edition. SAK PASE (the producer for Coming In Hot) and Andy Mineo co-produced the track. The song’s title directly references a slang expression, “Be about it,” which demonstrates taking a particular endeavor seriously and making a prudent effort to carry out that endeavor (in this case, following God over everything else).

Interestingly enough, Been About It was unintentionally dropped on Lecrae’s SoundCloud nearly a month before ‘Neverland II’ (the album that features the track). Unfortunately, this incident delayed the release of the album because Lecrae’s verse used lyrics from the Beastie Boys’ track from 1986’s ‘Paul Revere’, which was not cleared at the time by the co-producer of ‘Paul Revere’ (Rick Rubin) by the original Been About It release date of September 24th, 2021.

As mentioned in the previous article, SAK PASE has worked with artists such as Kanye West and JAY-Z. So this track had a significant chance of being playlisted and used in many ways. This track is on the official Reach Record’s Spotify Summer Eighteen playlist.

In the official Been About It music video Lecrae and Andy Mineo primarily pay homage to Hip Hop culture by recreating the cover arts of many very influential Hip Hop albums. In order, the following are the albums they paid tribute to:

In the ending credits, Andy Mineo and Lecrae state, “Special thanks to the image makers and designers who have contributed to the rich history of Hip-Hop art that continues to inspire generations of artists.”

While I will not go over every line by Andy and Lecrae, I will go over the most meaningful lyrics of the track regarding what the track as a whole is conveying.

In the first verse, Andy states:

“Baby, why would I cheat? You my cheat day. You a treat, you a snack, uh. Fightin’ with your jeans ’cause you got it like that.”

This quote emphasizes that he will always remain faithful to his wife by comparing his wife to a snack that he would eat on his cheat days. As popularized here by Andy, it is important to stay loyal and faithful to your spouse if you are married. (See Romans 13:8).

In the chorus, he continues to hit us with unique bars saying, “In the gym, gettin’ brolic, hm.”

“Brolic” is a slang word for very muscular people. Andy conveys his hard work ethic in the gym to promote healthy lifestyle habits for mental and physical health, similar to his song from Neverland II, “You Know The Drill”. In this track, he says, “I’m in tip-top shape. They in TikTok shape. I’m a fix my plate.” He references making healthy lifestyle choices throughout the album, but this is just one of many.

The final bar I will dive into is where Andy and Lecrae partially interpolate lyrics from the song by Slick Rick called “La Di Da Di” by saying, “At the party, we don’t bother anybody like.”

This line is one of the multiple lines in which Andy and Lecrae partially interpolate lyrics from highly-influential Hip Hop artists in this song as an act of paying homage to their art and how it has influenced generations of rappers in the past.

Been About It by Andy Mineo, featuring Lecrae, and produced by SAK PASE, is a song with over 5 million streams on Spotify. While this track did not receive nearly as much attention or streams as Coming In Hot overall, Andy Mineo and Lecrae still have done a fantastic job of conveying the primary purpose of this song:

Pay homage to some of the most culturally relevant and influential Hip Hop albums and artists.

One thing that Hip Hop fans can take away from this is that this generation, and future generations, of Hip Hop artists are, like it or not, influenced by many of history’s most influential Hip Hop artists. This notion is evident in Christian Hip Hop today. There would be no “CHH” and glorifying Jesus through Rap without Hip Hop.

*About The DIVE Series

In this series, I DIVE into the clear and potential meaning of Christian Hip Hop singles, albums, and EPs.

**See the full Been About It music video at the end of the article!**