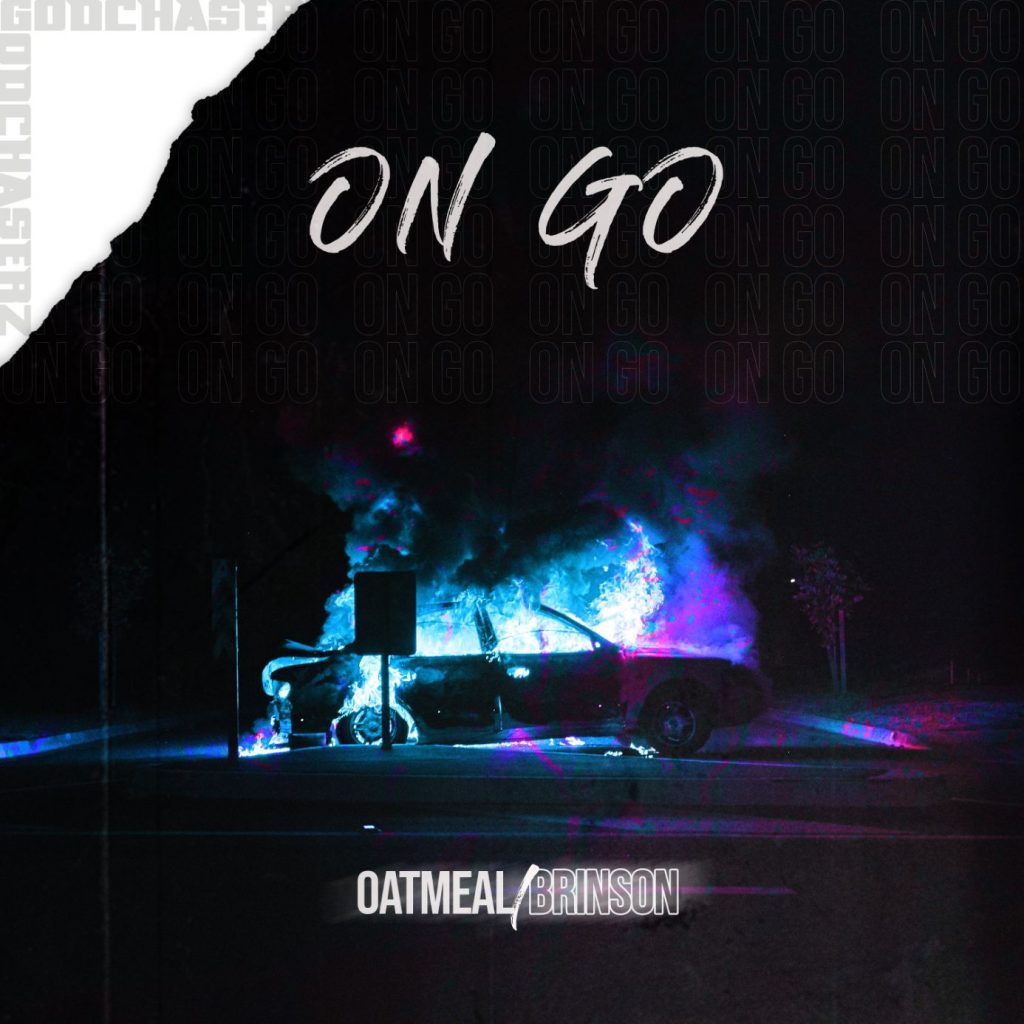 Godchaserz’ Oatmeal kicks off 2022 with On Go. It is the starter for this new year and the first single from Oatey’s upcoming full-length project. “Walking by faith is what On Go is about, no matter the odds,” explained Oatmeal. Oatmeal has been developing, under the guidance of Christian Hip Hop mainstay Brinson, for a while now and the expectations continue to grow for this young emcee.

How does the newest offering stack up? Let’s dive in and find out!

Drippy ft. KiddGotit & Xay Hill– “Drippy” is a high energy opener with a touch of that darker sound. The production blends nicely with Xay’s vocals on the hook and Oatmeal delivers a very strong second verse. Overall, it is a good choice for the intro track and makes one wonder if we will see it as a second single off of the project at some point.

Gnarly – Speaking of singles, the InsideOut Beats produced “Gnarly” is the lead single from ‘Instant’. Again, we have a lot of energy and an infectious hook that sticks in your head. InsideOut is one of the talented developing producers in the CHH space and the beat here shows why. If I was to critique one element of this track it would be that the synth bass line has a tendency to distort at times. Perhaps this is by choice, but I would have preferred a clean-sound throughout as I found myself distracted by it. “Gnarly” is a track that really shows Oatmeal’s growth as an artist as he changes up his patterns and cadence throughout.

On Gawd ft. C-Straight – I like the simple synth keys that set the feeling for “On Gawd”. Oatmeal opens up with another well-written verse, “God gave me that freedom, yeah/ but I ain’t sinning this weekend, yeah/ turning up for that reason, yeah/ stomping out in them demons, yeah”

I really enjoyed how the production during the verse built-up to the edge of going-off and then was pulled back in. By doing so, it really kept my attention and left space for the track to potentially go later. C-Straight brings an element of grittiness to the track and balances nicely with Oatmeal’s lighter, smooth sound.

Bounce ft. Brinson – CHH vet and Godchaserz lead man, Brinson, joins his protege on this track. I feel like the hook has the potential to have been a stronger component of this track. However, the verses do a nice job continuing what has been a well-developed project to this point. While Oatmeal clearly put great effort into his verse, it is Brinson’s feature that steals the spotlight on this track. Don’t be surprised though, when you are nine albums and several years deep as an artist, you know how to bring a high-quality performance to any song. Oatmeal is in a very good place to learn from one of the culture’s best.

Chill – We get a change of pace with the fifth track on the project. “Chill” is a laidback track that floats through the air to meet the listener’s ears. Oatmeal runs the gambit here has he both reflects on, and looks forward to, events that have impact on his life…including one day making it to Heaven.

I Don’t Care ft. Nazarite – The mood is turned back up as we head into the end of ‘Instant’. I really like the melody as it grabbed my attention right from the start. Oatmeal is joined by, fellow Godchaser, Nazarite on the track. The duo continues to prove they work well together as “I Don’t Care” is one of the strongest offerings on the project. It is another track that I could easily see as a single, although some may speak negatively about the “outro” and whether it is necessary.

Instant Prayer – The finale to the project finds Oatmeal sharing Romans 10:9 and urging the listener to follow Jesus if they are not doing so. Call it a sonic alter call or whatever you wish, but it is the sharing of the Gospel that anyone in CHH should make a priority. It may be a “throwback” element, but I appreciate its inclusion on the project.

Overall, ‘Instant’ is a very solid offering from top to bottom.

Give ‘Instant’ a listen and hit the comments to let me know what you think!