There’s nothing quite like addressing the current status of society in America. Especially doing so through the medium of hip-hop.

For Menace Movement artist Cephas, his debut album does just that.

America Shall Be Saved is a 13-song journey through the eyes of Cephas. One that incorporates faith, politics, and lyricism. Recently, Cephas spoke with FiveTwenty about the project.

How are you doing now that the album has dropped?

“[I’m] feeling extremely grateful. Grateful that my latest album is no longer decaying away in my hard drive and finally got released.”

“Musically, [listeners] should expect a blend of jazz, funk, gospel, and vintage hip hop. Message wise, expect to hear an urgent call from the Holy Spirit to a deeper relationship with Jesus. A call to draw close and participate in a coming revival that’s about to sweep the country, directly following a great rise in persecution against the Body in America.”

“I took a trip to the Reinhard Bonnke School of Evangelism. I heard a sermon called America Shall Be Saved and it stuck with me. It’s estimated that Reinhard has won over 74,000,000 people for the Lord. So for him to shift from Africa (where he did ministry for 40 years) to America, and for him to say that revival was going to hit America, [it] influenced this album heavily.”

“I wanted to create a versatile palette of moods and vibes. Create a fluid listening experience from beginning to end. I didn’t want it all to just be boom-bap. There are heavy elements of Gospel, funk, jazz, and soul woven throughout. Even though I have a distinct vintage style, that doesn’t mean every song has to sound the same. I was very intentional in making sure every song was unique but fit into the rest of the project like a glove.”

“I’m not looking to offend people merely for shock value, [or] clout.”

“On the other hand, if what I believe is true ends up being controversial, I’m not sure I can stop that.”

“I pray over my material heavily throughout the whole creative process. That way He’s the one liable for any issues caused (lol).”

“[I] was a little shocked how divided we areally were once I started putting my own content out as an emcee. Equally surprised how many people felt like what I was saying was needed. [It] felt like could offer some balance to the game. Since I’m not a Democrat or Republican, it’s never a Left vs. Right thing with me. People can trust that I’m not just regurgitating the current divisive media headlines.”

“Probably more important than ever before in our nation’s history.”

“I genuinely feel like it only takes a small handful of us to take a stand for the rest to follow. People just need to see others are doing it first. It’s in our nature.”

Being a part of Menace

“It’s been dope! D [Daitn] and I have been brothers for 7-8 years at this point. When he started Menace it eventually just became a no-brainer. Started off as creative director, just assisting where I could with different projects. The next logical step was signing. Its cool cause from the start D agreed I shouldn’t get rid of GO! Records, but co-brand as a collab with Menace for all my releases. That way, I can retain the GO! brand for when it makes sense to transition. He’s been mad supportive from the jump in that way.”

“He understood I had a vision for GO! so for him to allow me to co-brand was super gracious.”

“He’s been mad gracious with his platform in general. He isn’t just that way with me. He shares freely with his label and close friends too. Haven’t seen anyone else with his platform doing that. Another way we lead from the front. We are truly a community, not just a label.”

Goals for the Album

“America has a lot wrong with it.”

“Anyone following me knows I’m not shy about her flaws. But, it also has a lot going in its favor.”

“My goal was to restore faith in God’s heart towards the American church and the entire church by in large. Times are getting darker, but I think God wants us to shine brighter as a result instead of growing dim. This album was written to stoke the flame in hopes that we brighten up a bit. It’s a lofty goal.”

“People have been craving substance for a while, so I think this project fills that void. Also, people have been hungry for that authentic hip-hop sound. This seemed to fill that void too.”

“All the singles came out better than expected.”

“I made this album with zero singles in mind. It was meant to be, and is, a project you listen to from intro to outro. I had to go in and try to pick out singles from that kind of album. In the end, it was hard but, all of them were received well. I never focus on the singles; the radio; catchy hooks or trying to ‘make a hit’. I pray and seek God. He gives me downloads.”

“Usually titles to songs or song concepts (lyrics, sounds, instruments, etc.). Then everything flows from there, with purpose. The end result is usually a body of work that all ties into itself with a cohesive them. As opposed to ‘expressing myself’ through music, I try to empty myself. So I can express God through my music instead.”

“As long as society stays open, we’ll be rocking a city near you this summer.”

“Shout out to the Menace team and my creative team. Without all of us working together, none of this would’ve happened.”

What do you think of America Shall Be Saved? What are some of your favorite songs from the album? Let us know in the comments! 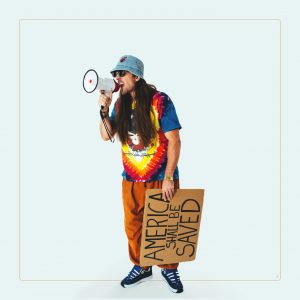 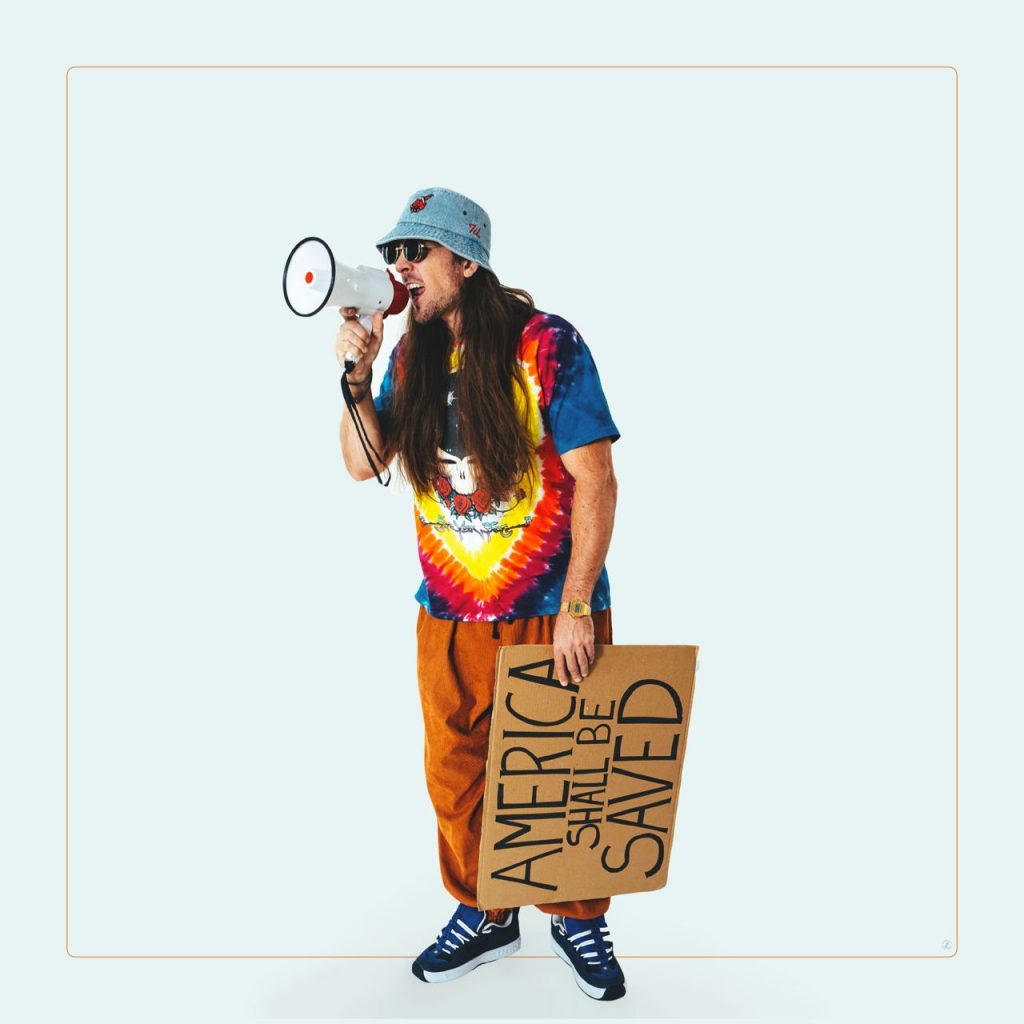 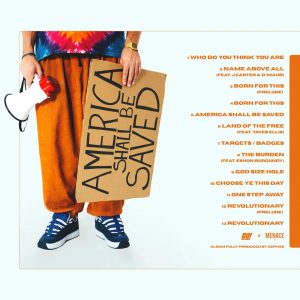