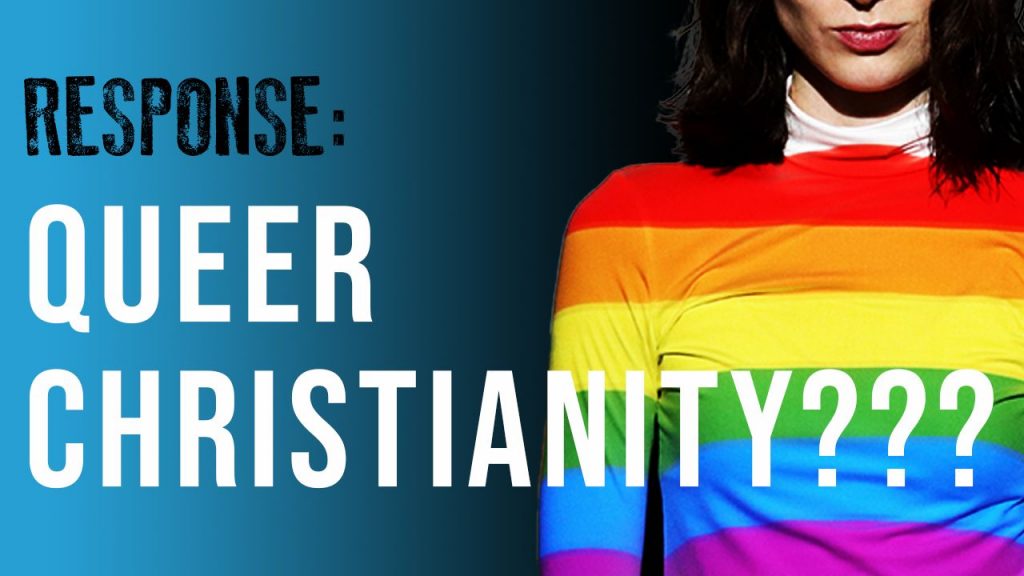 One of the goals of the FiveTwenty Collective platform is to advocate for unity within the Body of CHRIST.

First, and quite often, this involves having difficult dialogues with the intent of bridging any gaps in understanding.

We filter current events and issues concerning The Church through the WORD of GOD. We believe that we have to be willing to take these hard, unpopular looks and have engaging discussions in an effort to galvanize the troops. Doing so provides the Saints with actionable intelligence and CHRIST-like responses to use. Our job is to trumpet GOD’s heart and mind concerning HIS people as it relates to indie, CHRISTian culture.

We’ve seen an increasing onset of societally unsound doctrines. The FiveTwenty Collective podcast crew (Eric Boston, xeroforhire, and King David tha Vessel),  along with special guest Switch of the That’s Not Christian Podcast, sat down to tackle one of those falsehoods currently making the rounds: “queer Christianity”.

Could it really be possible to love GOD, live Saved, and be in open rebellion to HIS WORD?

The short and direct answer to that question is a resounding “No”.

This live stream was inspired by a video from The Crew’s Hip Hop Corner. In their video Openly Gay Christian rapper Erica Mason Gives advice on dealing with Hate comments from Christians, The Crew shares statements made by the aforementioned artist. Mason stated:

“I understand that their feelings of anger, hurt, and frustration is their problem. Not mine. If a Christian dislikes me because I’m openly queer, that’s their burden to carry. Not mine. I refuse to allow someone’s anger, disgust, frustration, etc to stop me from seeing God clearly and being loved clearly.”

Our conversation centered on the numerous ways the enemy will attempt to get individuals to buy into his lies.

The sin that one chooses causes one to make other choices by default…like being ostracized. Is criticism always criticism?

If we love someone, is it our duty to say something? Do we, as Christians, do a good job of speaking the truth in love? Are we as consistent against other sin issues as we are against homosexuality? Should we be willing to speak the truth, even at the risk of a platform’s popularity?

This conversation covered it all and then some. All respectfully. All biblically.

It is the job of the Believer to earnestly contend for the Faith that was once delivered unto the Saints (Jude vs 3). It is our prayer that this, and other discussions like it, are fuel to the fire and encouragement to the CHH space and beyond. Especially as we continue to prioritize advancing GOD’s Kingdom, HIS way.