Review: Samona, ‘Song In The Night’ 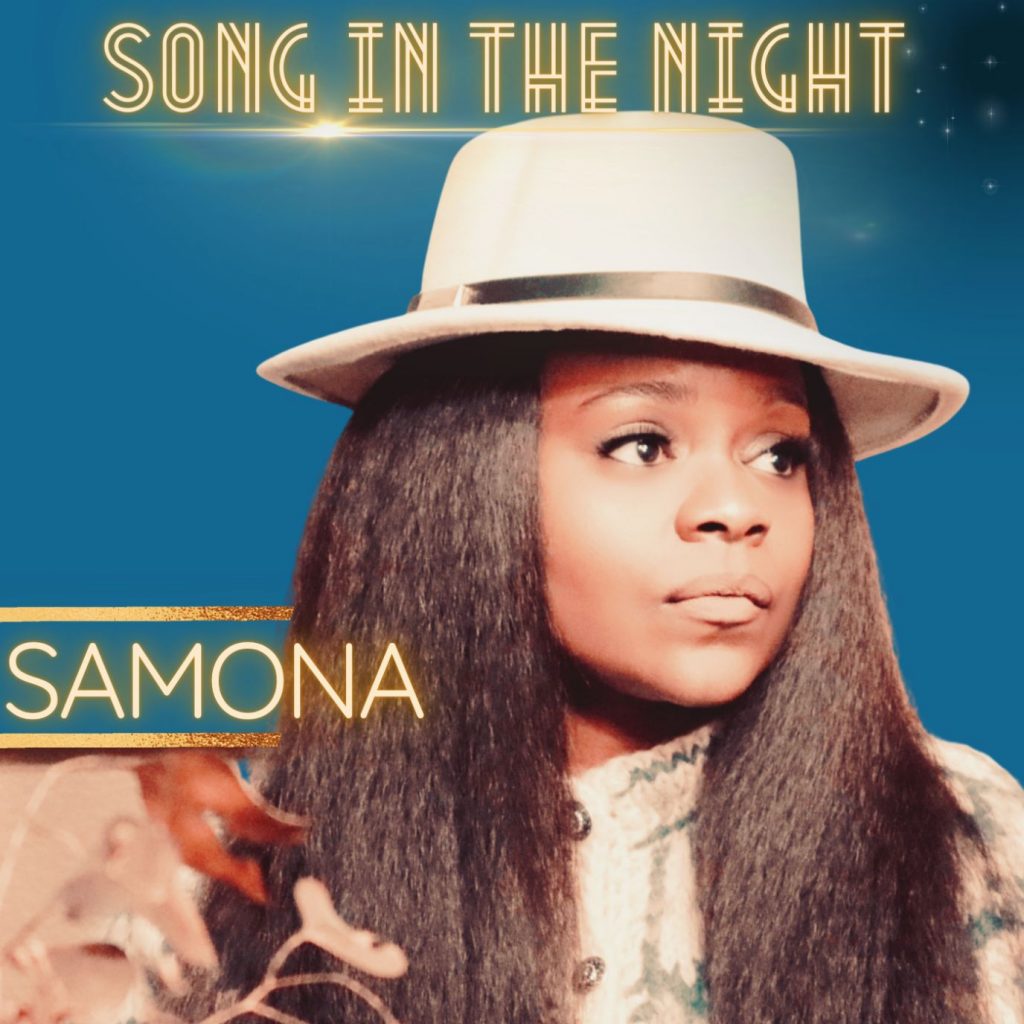 [review] Samona, ‘Song in the Night’

I recently caught a quick blurb of a conversation with the Golden State Warriors starting shooting guard Klay Thompson.

Thompson is one-half of the best shooting backcourt of all time. In the clip, he mentions the rich history of culture changers who hail from the city of Oakland, California. If you add Song in the Night, the latest release from Oakland native Samona to that list, Klay would be correct in his assessment and do what he usually does…not miss.

The Gospel has a simple message that too many artists have failed in trying to complicate its delivery. The simplicity and power of the message are lost. Samona doesn’t allow herself to fall into the temptation to do too much. Capable of much? She is. She has tapped into a formula that works.

Be honest, quote scripture, and share JESUS. It works.

Leading off this project is “Cycles”.

Samona’s soulful vocals floss confidently over the pulsing production. She delivers portions of her verses in rap cadences better than some of your favorites. Don’t believe me? Listen for yourself. Next up is “Afflicted”.  Released as a single and gaining major traction with physical and internet radio, the record is not what you think solely based on the title. It’s actually a story of trial and triumph. “Afflicted”, like Song in the Night in its entirety,  is an attitude.

“Unnamed Woman” is a literal retelling of the Bible story of the woman with the issue of blood. Impactful and personal, Samona tugs on the heartstrings of the hurting, whether physically or emotionally, offering the solution. Touch the hem of HIS garment.

This project is unapologetic and aggressive, but extremely transparent in the right way.

Samona passionately paints a picture of the necessary level of desperation it takes to engage the LORD on HIS terms and see the results HE promises. Sonically, this assembly of heart songs is brave. Limits are pushed and the results are a sound that is not contemporary, but next level…now. The production, the arrangements,  the mixing & mastering, all construct a cohesive audio portrait, not for the faint of heart or cookie-cutter consumer. There is nothing missing from this offering.

Song in the Night is available exclusively at Samona’s website: samonamusic.com.

In an effort to support what GOD is doing in this season through artists like Samona, we encourage you to invest in this Kingdom songbird.