I believe in the responsibility that music is.

With all of its detailed and intricate nuances and various interpretations, one thing we should all be able to agree on is that music is one of the few vehicles that is easily as potent as a force for good as it is for evil. This is because of the way it relaxes barriers to get its message across.

The message needs to be clear because the impression that’s left on the listener is indelible. That’s a super long opening rant, but it was needed…

Honestly, I’m a fan of transparency, as long as it points to what God has done and reliance on HIM as the answer. All 4 GOD, the latest submission from Brooklyn, NY artist and poet Sammie King, is a clouded offering of honest writing that doesn’t offer a clear solution.

King shares his perspective throughout this five-song EP that is supposed to give insight into his journey of growth and maturation. But the mentions of GOD seem more gratuitous than anything.

The performances are convincing. The modern trap overlay of the project only leads to more of one of the things that are wrong with the current CHH landscape, meaning the songs seem to lack conviction.

The bright side of All 4 GOD is the production.

Trap vibes and all, the well-selected samples and dirty, distorted feel of the tracks is, oddly enough, a perfect backdrop for Sammie’s music.

There’s a stand out performance by the vocalist Vaughn on Not My Song. A spoken word blend by King, in which the track’s feature is confident and clear in what she’s singing, even if the thought of the song appears to fall in and out of consciousness.

To be clear, this review is not to say that King does not have talent or ability; what I think this project lacks more than anything is clarity.

Sammie King has potential and I pray he can harness a clearly pointed message and re-up.

All 4 GOD has some value but undersells what Sammie King can be capable of and become. 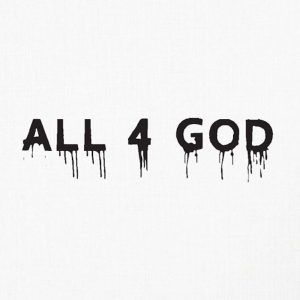 Give us your thoughts!

Check out All 4 GOD by Sammie King and let us know what you think in the comments below.