I’ll be honest: I was not familiar with Juzo before this review.

However, given the overall branding of this project (including the title, cover art, and unorthodox use of capitalization or lack thereof) and the features listed, I was excited to dive in.

Let me tell you – Juzo did not disappoint.

In addition, every artist featured on ANIMA 01 is of Asian descent, with Juzo sharing on his Instagram story that “[a]s an Asian artist, I wanted to represent my heritage with this project and encourage my Asian brothers and sisters that our voice and stories matter.” This, to me, makes the project even cooler, right off the bat.

So, let’s get right into it and take it track-by-track!

“You fill my soul but I’m still so empty.”

“ghost in my shell” sets the tone for the EP with an atmospheric track filled with dreamy synthesizers.

Juzo sings uncomplex but compelling lyrics over this soundscape, accompanied at times by Japanese vocaloid (i.e. synthetic voice program) Hatsune Miku. The title of the song is an obvious nod to popular manga Ghost in the Shell, and the lyrics reflect that inspiration. All-in-all, “ghost in my shell” does exactly what an intro track should: build anticipation for the rest of the project.

(Side note: I love creative uses of syntax in song titles, and I think that’s something ANIMA 01 does very well. Each song title is all the more interesting for it, and the tracklist is very aesthetically pleasing!)

“SIBYL” picks up the pace without completely leaving the vibes of “ghost in my shell” behind. Juzo and Rhomar Jessy each contribute a heavy-hitting verse. Overall, this song is masterfully crafted, from the bars to the variations in the beat to the brief interlude in the middle.

“Asian American with a driven approach / I’m tailor-made by a deity I’m knitted to boast.”

ANIMA 01 takes a darker turn three tracks in (which might’ve been predictable, given the title).

Juzo returns to sung lines, a style that matches the atmosphere of the song well and sets up Thomas Iannucci’s verse perfectly. Both artists paint a vivid and captivating picture of personal struggle.

“I still might fall back into the void and this emptiness I should avoid.”

Pathogenesis: the manner of development of a disease.

Juzo continues with the strikingly transparent lyrics relating battles with vices and idols.

The hook is oddly simplistic, and the effects on the vocals are weird – but even though that sounds like a negative comment, I actually really dig it. It’s unconventional, refreshing even, as is Juzo’s honesty in his writing. HeeSun Lee delivers a killer verse as well, unsurprisingly.

“I gotta fight for my soul.”

“fvith” is a well-done song, but doesn’t really stand out from the rest of the project. The type of song that I would enjoy listening to (and did!) but wouldn’t put on a playlist. A highlight is when Juzo and Sarah Kang sing together as a duet at the end of the track.

ANIMA 01 concludes with a heavy-hitting anthem in the form of “JEHOVAH.”

Juzo has emerged through his struggles and came out the other side with a renewed resolve to live for Jehovah. The project ends on a definite high note with this track. If I was recommending ANIMA 01 to a friend and I knew they’d only listen to one song, I’d recommend this one.

Some may find ANIMA 01 to be weird, but it’s exactly the type of innovation I like to see and exactly the fresh sound we need.

Sometimes, experimentation with unconventional types of musical storytelling doesn’t pay off. In my opinion, this is not one of those times.

Juzo’s songs are refreshingly original, masterfully crafted, and very personal. The branding and soundscaping of the album are on point. My favorite songs are “SIBYL” and “JEHOVAH.”

ANIMA 01 has no bad songs, and I would recommend it to anyone wanting to hear a cohesive, original project.

Check out ANIMA 01 below and let us know what you think of the project in the comments! 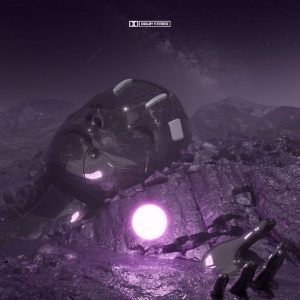