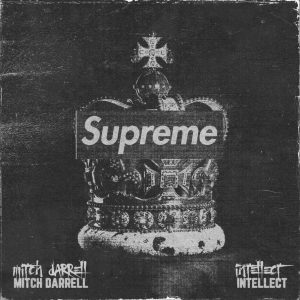 Scripture provides warning that there will come individuals who will make themselves like the Most High (see Isaiah 14). They will foolishly attempt to establish themselves above the true and living God. While they may be able to fool some, the reality is that their perceived power is nothing more than a fallacy. Every one of them will have to bow before the Supreme Lord of Lords.

With his newest single, iNTELLECT drops a clear reminder of God’s place in this world and where man ranks:

“False prophets, they make profit, while people pray to the universe as if it has the power to reverse the curse/ It’s the power within, they say, with their hearts full of pride cause judgement has been delayed”

iNTELLECT once again partners with fellow Christian hip hop artist Mitch Darrell (North Carolina) on the perfectly executed Supreme. The duo float effortlessly on top of production by Quincytones as traditional boom bap sampling captures the ear of the listener.