We were told that ‘Yae Album Done’ and now we know it is coming!

The Culture Villains emcee recently announced the upcoming ‘Young Gohan’ project. He spoke with FiveTwenty not only about the new release but about how 2019 has been for him and the crew.

“Honestly from a music standpoint, I’ve had the most fun ever this year.”

“Working on the best stuff I’ve ever created along with celebrating releases with my bros! And the year is not even over yet. I honestly don’t believe I would be where I am today without CV. The constant pushing to be better makes me the artist I am.”

“I’m the type of artist who’s not afraid to speak up for what I stand for while also being myself without changing myself to fit some mold.”

“The essence of being a Culture Villain [is] standing out as the example that you don’t have to be what they want you to be, or what they make you to be…be you! You don’t have to compromise to make good music. I remember listening to CHH before I knew it was called CHH. Though it has its ups and downs, it’s still a wonderful community to be around. [It] means a lot to be a part of a culture that actually wants to spread the love of Christ through music.”

“I want to be able to make good music that is able to reach the hearts of others, impact them emotionally and spiritually! If I can make one person smile, or one person laugh, or even help one person to think about their salvation then I’ve done my job.”

Part of that mission will be seen first hand on December 20th, 2019 with the album ‘Young Gohan’, which was recently announced via social media:

??ANNOUNCEMENT??
My new album ‘Young Gohan’ drops December 20th! This is my best work yet!

This will be the third project from Yae. It features 13 tracks as well as 4 bonus tracks (*hint: those bonus tracks may have made up their own project prior to this album).

Yae even dropped one more track, “Bet That Up”, as a little extra before the full album release. Check it out:

“Be prepared to see another side of Yae you’ve never seen!”

“I have spoken many times about the things that I went through before Christ and about the struggles I faced. People asked me to go deeper into the person I am now, the things I’m going through now…so…you said you want it, you got it.”

What we are going to get is CHH in the truest sense.

“For me, the ‘C’ means exactly what it stands for, and why it sits where it does, it’s Christian Hip Hop – not Hip Hop Christians.”

“I will never touch another mic again if it meant that I would be displeasing my Lord…and that’s just it. Because I feel that He called me to use my gift to glorify Him, it would be foolish to leave Him out of what I do as an artist.”

It is easy to see that this conviction is supported by those within CV (Travis, CZAR Josh, and Kham).

“I would not be getting interviewed by you right now if I never met Travis.”

“We really do push each other be better in our music.”

“Honestly, we all have our advantages: Josh is lyricism and deepness; Kham is hooks and performing; Yae is flow and melody, those are our strengths. We’re good at other stuff, but that’s where we stand out most.”

“When it comes to social media he (Travis) helps by giving ideas on what to say, do, or post. With music, he does the same. We send him everything and he gives it a few listens. He tells us what we should work on, we also send our music to each other for the same reasons. You can imagine some of the conversations we’ve had over if a song is dope as is or could it be better, or if it should even be scrapped altogether.”

“No yes men…only those who will tell you ‘this is trash, try again’.”

“CHH is in a good space right now…let’s hope we can keep it that way. Improve on it.”

Big Yae has been able to connect with several artists within CHH outside of CV. On ‘Young Gohan’ there are features with Rockstar JT and Phil J.

“Every time I do a song with my bro (Rockstar JT) it does well. I thoroughly enjoy writing and creating with him. He’s like a brother to me. I’ve known him since before we started music.”

“I’d have to say the person I enjoyed meeting and sharing a stage with the most would be Wande, just an amazing and gifted person – dope performer – she’s pretty cool people at that. Not counting the family, my top five most wanted collaborations are Parris Chariz, WhatupRG, KB, Rhomar Jessy, and Steven Malcolm…one day.”

“Honestly, I’ve never been good at setting long-term goals because the moment I don’t reach that goal it goes to my head. I beat myself up about it. With everything going on this year, I can barely plan for the next month ahead of me. I had a goal to be able to drop my album in 2019, to try to make the album as sonically diverse as possible – I’d say I’ve somewhat successfully reached that goal.”

“First off, I would hope He’d say ‘well done my good and faithful servant’. I’d hope He’d say ‘though you had your moments of doubt, frustration, and rebellion you still believed and live a Christ-like life. You, my son, gave to me when I was needy and fed me when I was hungry. Therefore dying to your flesh and picking up your cross the way I instructed you’. I pray that I strive daily to allow those words to become a reality. I view them (moments of doubt, frustration) as stepping stones. When we go through trials that have us frustrated and doubting, we go through them to build character. In order to build that character, you have to go through them so they are stepping stones that lead to a better future.”

“The community that I have experienced with my peers recently has assured me that, if we can continue to support each and build each other up positively, we can improve. Now there will always be hindrances, like negative comments about songs, and egos, and arrogance that will fight against us actually growing as a community. If we can die to ourselves more then we (CHH) will be able to grow more.”

Make sure to pre-order ‘Young Gohan’ now by clicking on the cover art below: 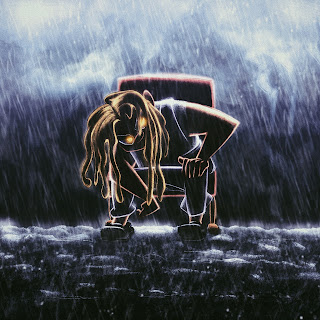 Ultima
Amen
Bet That Up
Hold Up
JA7A
Saturdays
Perfection
Not a Love song
Jasmine’s Message
How You Really Feel
Heal Me
Keep On Walking
Young Gohan
Hoodie Melo (bouns)
Trust Love (bonus)
Without You (bonus)
Take Me Away (bonus)
Share this page: