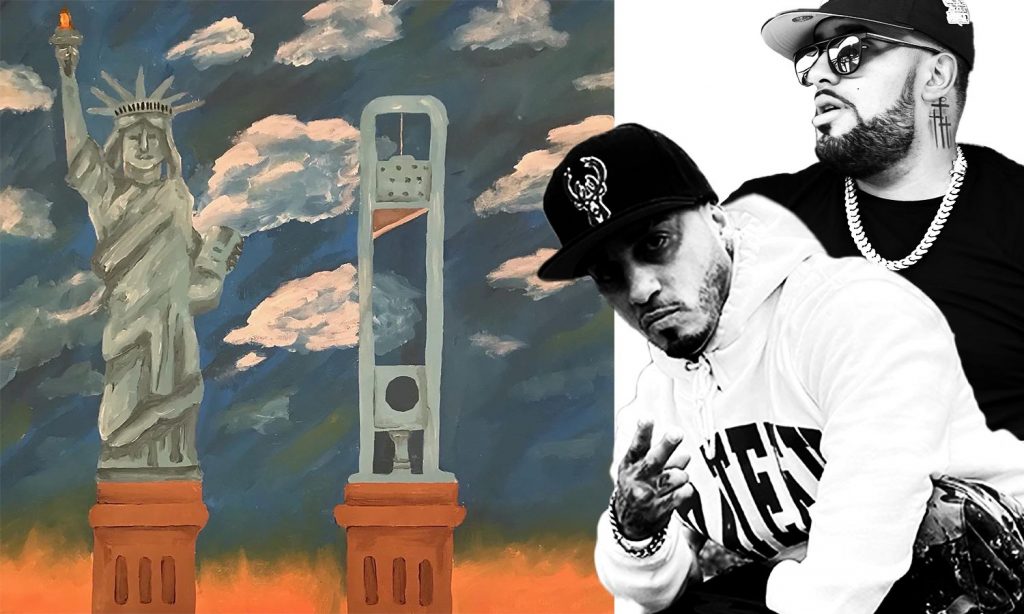 In 2022, the guillotines were raised on the East as New York emcees YP aka Young Paul and Da Commissioner began an uprising against the forces of evil that seemingly have America tightly in their grips.

There were no words that were mixed; none of the punches were pulled; backing down was not an option. The result was one of hip hop’s hardest-hitting EPs of the year. One that received acclaimed recognition from listeners and media alike. The raw, no holds barred energy of the first installment set the stage for YP and Da Commissioner to push further into enemy territory in 2023.

Guillotines On The East 2 continues the battle out of the gate.

Releasing across digital service providers on January 13, 2023, Guillotines On The East 2 takes the momentum of its predecessor and refuses to be content with previous accomplishments. The flag is high for an army to follow. The It’sKnucklyUp production compliments the duos’ lyrical assault with the skill of a master composer scoring a major motion picture. Completing the experience, Holly Boogz was brought in for engineering duties. The final polish sets the bar for the new year in Christian rap.

When asked about the motivation behind doing a second Guillotines project, YP aka Young Paul kept things simple by saying, “the Bible is our sword, and like David, we use hip hop to cut the enemy’s head off.”

Title: Guillotines On The East 2

Swords For The Evil

--
Purchase* Guillotines On The East 2 and support YP aka Young Paul and Da Commissioner!