Well, here we are. Officially less than one week from Thomas Iannucci releasing the third installment of his CHH trilogy.

You may remember that Iannucci joined me on the most recent episode of the Beyond the DMs podcast where we talked about Sleepless Nights and Makana, albums one and two.

In case you missed it, check it out here.

The new project, Doubting Thomas, releases on December 18, 2020, and features the new single “Rage” with Sonny Sandoval from the band P.O.D.

Now we dive into the finale, stepping out of the shadows of Christian Hip Hop, and what the future entails in Iannucci’s own words.

“I’m a writer and all great stories are, generally speaking, broken up into three acts: The Beginning, The Middle, and The End. I have always liked trilogies and I’ve always believed that good things come in threes.”

This is the final album in my CHH trilogy. The completion of that story and that journey. The culmination of my time in CHH. After this, I will be transitioning into mainstream hip hop.

“This isn’t my first trilogy incidentally.

My first three projects in high school and early college were part of a trilogy that constituted the best I possibly could do making music on zero budget. I wanted to see how well I could push myself before taking the next step.

As for the CHH trilogy, I break it down like this…”

“Sleepless Nights, also called Notti Insonni, was the first in the trilogy, my first studio-level project.

After years of dropping stuff recorded at home, it was the first time I’d really invested time and money into a project. The quality was a huge step up.

Thematically, I was much more introspective than ever before, diving into my own head and my faith over the course of a short EP (structured over the concept of a restless night of sleep).”

“I followed that up with Makana, my introduction to the broader CHH and hip hop community in general.

It won me the Nā Hōkū Hanohano award for Best Hip Hop Album, but it also got me real fans for the first time.

It was the first album to capture the attention of blogs like Rapzilla, New H2o, Trackstarz, etc. Once again, it delved into my faith and really leaned into the CHH culture. I collabed with artists like 1kPhew, Swift, Je’kob, and Gemstones. [It] had production from Spechouse and Big Juice.”

“Doubting Thomas is the culmination of my journey within CHH. It’s my sharpest CHH project.

The production quality has never been higher, my skills have never been better, and the features have never been bigger. It’s coming after my winning the fan vote and making the Rapzilla Freshman list as well as Trackstarz’ Next Up artist list. The timing was right and it made sense.

It’s an exploration of faith and mental health. An exploration of doubts, if you will, and also a love letter to the subgenre that has done so much for me. After that, I continue the work J. Crum and I began in Kuleana.”

NEXT: Can You Really Leave CHH?

“It’s a legit question for sure!”

“I’ve never been more successful in this space before and I think this album will only further that…so why leave? I totally see where people are coming from in that regard.

If I were motivated strictly from an ‘I want to be famous/successful’ perspective, it would make all the sense in the world to stay. However, I have somewhat different motivations here.”

I am a Christian. Always have been, always will be. That won’t change.

“It’s not like I’m intending to make explicit music either.”

“In my experience, there are certain topics and themes that just don’t resonate in the CHH space that are near and dear to my heart. Particularly with social issues, especially in regards to Hawaii.

Hawaii isn’t well known in this space and even I understand that. If I’m making music for certain audiences and they aren’t connecting, then maybe I need to adjust my audience, you know?

I want the artistic freedom to talk about the things I want to talk about in my music without the repercussions that I have often found to be the case when being involved in any sort of niche, not just CHH.

Appealing more broadly gives me a lot more wiggle room artistically because I’m not so dependent on any one group. I can target my music to the places I want to reach instead of having to cater to the specific type of music that seems popular with this space right now.”

“I have been so blessed to be a part of this amazing culture, but it’s time to move on.”

“As for my current fans, I would be thrilled and honored if they came along with me on this journey. As I said before, I’m still a Christian and always will be. It’s not like my content is going to get crazy.

I’ll be branching out into other areas and topics I’ve felt I haven’t had the freedom to address. So this is more about me than it is them [the fans]. They’re all more than welcome in this new phase of my career.”

“The Hawaiian Grammy is a mainstream award and I’ve never been treated as a CHH artist, so I won’t be losing that portion of my fanbase.”

“The awards and accolades, to be honest, do surprisingly little for your career. They’re an amazing affirmation of all that God has done for and through me, but they don’t really translate into anything unless you make it so.

Getting on a list is cool, but I haven’t made many fans or gotten too much new exposure off that.”

The one thing I wanna make clear about my transition out of CHH is that there’s no bitterness involved.

“I’m not burnt out. I’m definitely not leaving my faith. I am still 100% sold out for Christ. My music will continue to reflect that, it just won’t be the only topic I cover.

Growing up where I did, I have had some experiences that I would prefer to talk more about in my music that, in the past, have not been received as well in the mainstream CHH circles. There is a very specific type of artist and style of music that thrive in CHH, that is simply not me.

I don’t want to force myself to be something I’m not.

I also don’t want to force my music into a genre that may be looking for something else. An amicable parting of ways I think makes the most sense..logically speaking.”

NEXT: The Background of ‘Doubting Thomas

“So, ‘Doubting Thomas’ is the title and it’s obviously a play on words, but it’s deeper than that.”

“It’s also a callback to my namesake, Thomas the Doubter. I feel like he always got a bad rap. He’s very loyal to Jesus even while he struggled with his doubts. He’s very relatable to us as believers because we always struggle with those same doubts. Since the album is about mental health struggles – my own journey wrestling with faith, anxiety, depression, doubts – that name seemed fitting.

Basically, this album is an exploration and ultimately a strengthening of my faith. I think soul searching and skepticism are necessary parts of a healthy faith and relationship with Christ. More than anything else, that is what this has been and that’s a huge theme of the album.”

I’m definitely not leaving my faith, only a subgenre. Sometimes we conflate the two. That can lead to all sorts of confusion.

“You will see a lot of growth here. I think that Doubting Thomas is the spiritual successor to Makana.”

“You see that in the way it was structured.”

Even the final track on Makana is a direct lead into the first track on Doubting Thomas! It’s a nice little call back for the observant fans.”

“Skill-wise, I think the growth will also be clear.”

“My rhymes are tighter and my bars are harder. The content is more introspective and self-reflective versus the more socially conscious songs on Makana.

“My prayer is that they [the listeners] walk away with knowing they arent’ alone.”

“At the end of the day, well all have to face our own doubts, our own struggles, our own issues…

…but we don’t have to face them alone. We have Jesus with us.

We have each other too. I’d be very surprised if there were a single person who didn’t go through these things at least once in a while, and that’s okay. That’s the point.”

NEXT: Working with Sonny Sandoval and Favorite Songs

I’ve known Sonny for years, outside of music. He’s a good friend and our families have been tight since I was a kid.

“It was honestly always a dream to collab with him. Of course, I never had the guts to approach him because he’s so incredibly talented. I never felt like I had anything worth pitching him.”

“A while back, The Brewz approached me with this song Rage and asked me to hop on. I could tell it was something really special, so, even though it’s outside of my normal style, I agreed right away. It’s just that good!

We started working on it and it all went well till we fell into the matter of trying to find the right feature for the track.”

“Sonny was the first guy that popped into my head.”

“I wasn’t sure if he’d be down and I didn’t wanna put him in a weird spot. I figured, if it’s meant to be God will work it out.

In the meantime, we approached a few other artists who all said ‘No’. In the back of my mind, I kept hearing God say, ‘dude, I’m telling you, sent this to Sonny.’ I worked up the courage and approached him. He loved the song!”

“We shot him the track and, of course, he absolutely killed the hook. It was amazing.”

“The opener, The Doubter’s Prayer, is great and it sets the scene for the entire album.”

“It’s a real throwback to the very first song The Brewz and I ever did together, Make America Hate Again.

The circle is complete.

The last song on Makana; Doubting Thomas is the finale of the CHH trilogy and Makana as its predecessor. I love cycles and this feels right, you know?”

“Directly after that is Back Again with Dondi and I’m so excited about that song.

After Rage, it might be my favorite on the album. Dondi and I always do great work together, but this one feels special. Very epic and grand in scope. The Brewz went crazy on the beat. I think those two joints were an amazing way to start the album.”

NEXT: Signing with Streetlight Sounds

“Crum and I have been friends for a while when we did the album [Kuleana] together.”

“It was obvious that we had real chemistry musically and we vibed together very well. That’s important.”

“We continued working together since then [Kuleana] and I was making the best music of my life. Crum and I never seemed to miss!

When he approached me to partner with Streetlight, by that point, it was a no brainer.

The rest, as they say, is history.”

“It means so much, particularly because the talent level of the guys we’ve got on our team is so deep. I’m incredibly humbled to be the first announced. I’m just the tip of the spear though, the whole squad is about to change the game.” 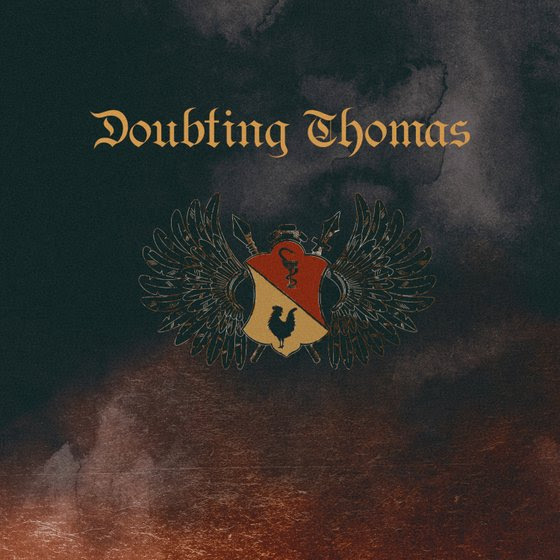 What do you think of the track and what are your expectations for the album? Hit the comments to let us know!