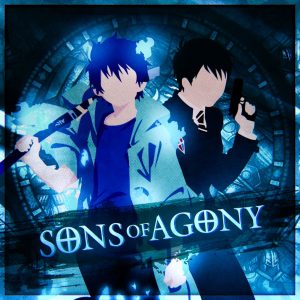 Sons of Agony encompasses the struggle of thwarting demons and evil in this world with no holding back.

None Like Joshua and Baker the Legend execute their lyricism with an aggressive and fierce tone. The duo rebukes Satan and his soldiers without sacrificing their love for Christ. Sons of Agony is produced by prolific EDM producer, NINJ3FF3C7. It is a combination of trap, cinematic, and EDM with a hype energy similar to NF.