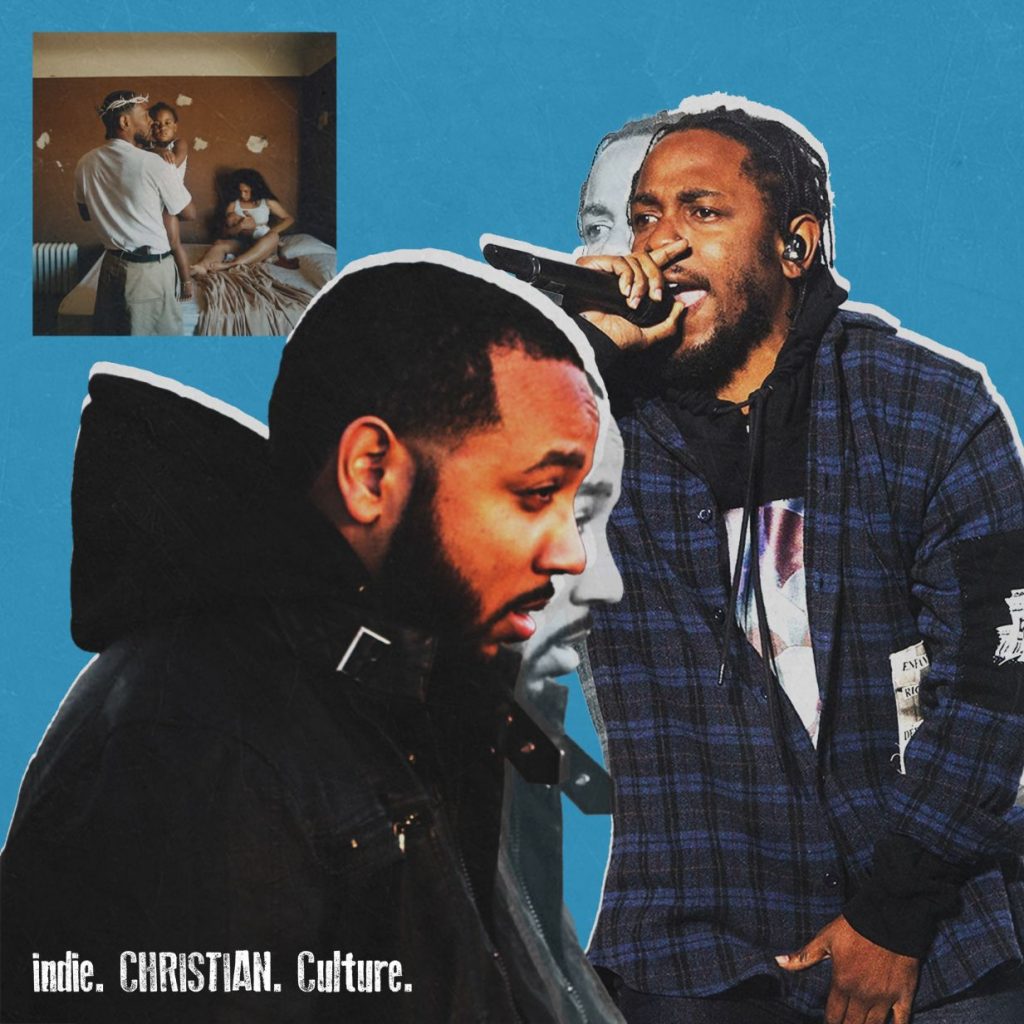 The hip-hop world has been waiting for Kendrick Lamar to release his new album which dropped on Friday.

Not surprisingly, many within Christian hip-hop felt the same.

However, while many in and around CHH have looked for connections between K-Dot and Christianity for some time (after all, this is what we do right?), there was a warning shared with the culture. Much like Kanye West and Chance the Rapper, many CHH advocates hope for a superstar artist to undeniably proclaim Christ and deliver a whole new legitimacy for the subgenre.

Could Kendrick Lamar do just that with Mr. Morale & The Big Steppers?

Trackstarz is without a doubt one of the top-tier platforms that cover the world of CHH.

With their weekly live show covering a unique blend of Christian culture and mainstream content, Trackstarz delivers commentary on many of the day’s buzz-worthy topics. Their show on Saturday, May 14, 2022, was no different. After all, when an artist on the level of Lamar releases a project, everyone is talking.

CEO Sean David Grant had plenty to say (see clip below) about why Christians should be cautious when listening to the album. Maybe the better way to describe it would be a masterclass on why it’s okay to not get sucked in by the mainstream.

“This whole album is inspired by Eckhart Tolle. I’m going to spend my whole time talking about this man so that you can understand what Kendrick was talking about on his album.” – Sean David Grant

Eckhart Tolle is a German-born spiritual teacher and self-help author of “The Power of Now” and “A New Earth”. Tolle received acclaimed recognition after Oprah Winfrey recommended his first book, boosting it to best-seller status in 2000. Tolle is found throughout Mr. Morale. Lamar not only says Tolle’s name several times on the album but Tolle’s voice is featured on the album as well.

This is what inspired Kendrick Lamar to begin writing after more than 1000 days of not doing so. Unfortunately, it is inspiration wrapped up in confusion. The big warning is that listeners, especially those already in the Christian culture, cannot allow themselves to be confused in turn. K-Dot is known for being a “positive” rapper. Positivity does not equal truth. At the end of the day, truth is only found in Jesus Christ.

Grant warns in the video, that whether it is a Christian artist or not, you have to be aware of what is motivating the lyrics. We have to be careful allowing beliefs into our hearts that are not of God.

“To me, this puts the Christian hip-hop desire for Kendrick to be a Christian to bed.” – Sean David Grant

The potential fallout from this Trackstarz discussion could have been all over the place.

Honestly, I expected there to be plenty of wailing and gnashing of teeth!

Let’s take a look at what individuals had to say:

Yooooo good stuff. I been getting crucified lately from telling the Church to cut this stuff out. People can call me whatever, I see the necessity to remove these influences from the body and spend more time in a United pursuit after His Kingdom. Blessings to you all.

Man @seandavidgrant breakdown of #MrMoraleAndTheBigSteppers made me think of Isaiah 64:6 ….. “and all our righteousnesses are as filthy rags…”

All the “good” Kendrick did and was encouraging others to do through out the album, whether going to therapy, healing, grieving in healthy ways respecting others regardless of identity etc may be rooted in a blasphemous belief if indeed he believes the teachings of Eckhart Tolle

Bro: I didn’t have to, but I did and it clicked. I had an earlier Kdot thesis but in all the hype I forgot. God used that clip to remind me.

Culture Villains artist Kham made some notable observations in his Twitter thread.

“This is how easy and seamless the enemy can creep perversion in.”

“I could feel the power of the music my 1st listen but I knew the source of power wasn’t Jesus.”

How does this impact the culture?

My personal hope is that Grant’s words cause us to pause before responding.

Sure, K-Dot is a great rapper. Grant admits as much. But in today’s culture, we have to be going beyond that. There is simply too much at stake.

If you enjoyed the album, that’s fine. That is not the real issue here. We have to check our approach and ensure that confusion does not have the opportunity to sneak into our beliefs. Because believe me, it will if it can.

How do you view the album and the statement made by Sean David Grant? Do you feel he is off-base with his assessment or is he spot on? How should the culture respond to mainstream art? Do you feel that Kendrick Lamar is potentially confusing listeners?

Hit the comments and weigh in now!