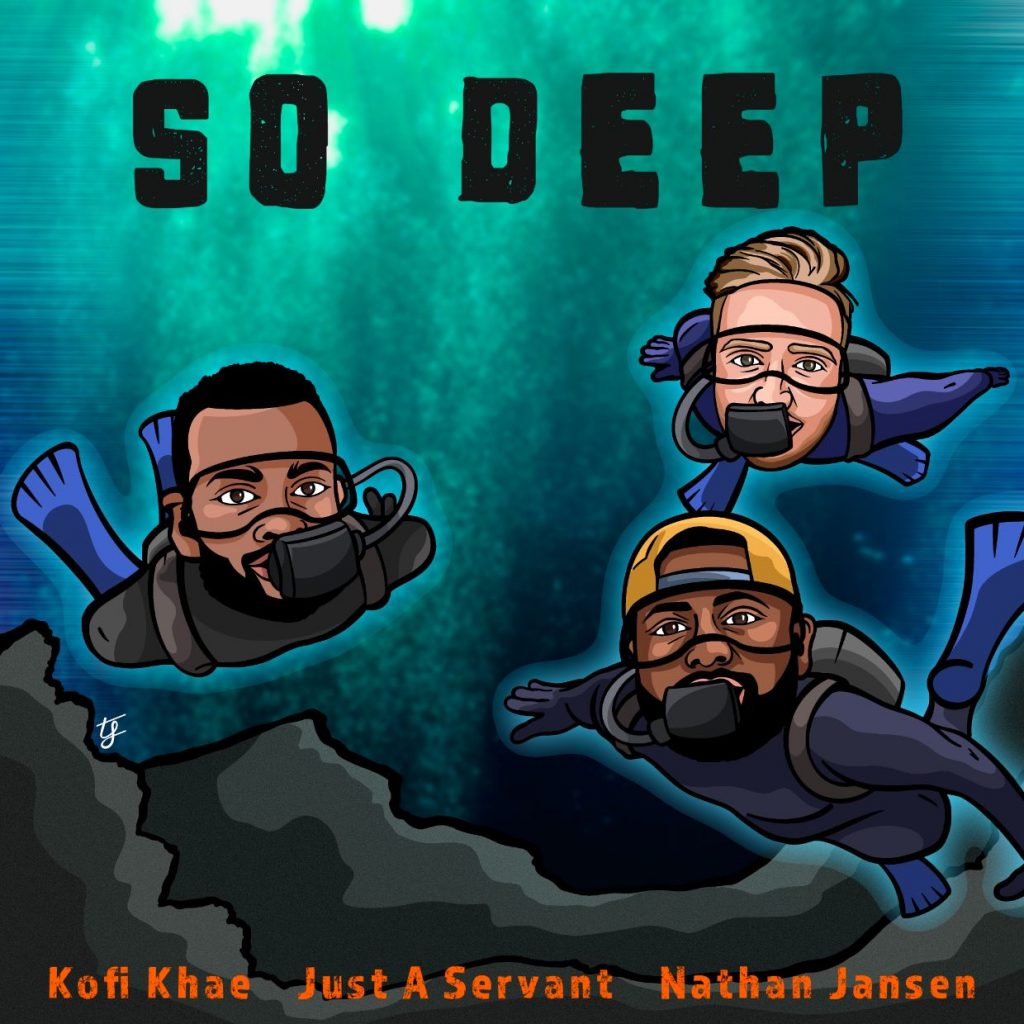 This is the third single from Kofi Khae this year. Following his faith-building anthem STILL WORKING (March 2021) and his evangelism focused bop BROKEN RECORD (April 2021).

When your faith in Christ goes to the very core of who you are, it is inevitable that the music you create is deep. So says Kofi Khae on his new single SO DEEP featuring Indiana spitter Just A Servant and vocalist Nathan Jansen. Over bass-thumping production from Avila, the trio touts a faith-driven alternative to the shallow offerings in today’s mainstream hip hop scene.

“Music is an expression of the soul — and invariably, the depth of my faith influences what flows from my pen” – Kofi Khae