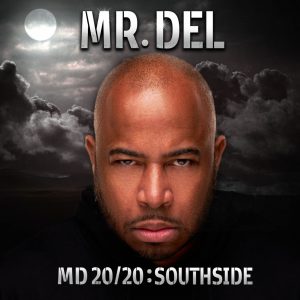 Holy Hip Hop Veteran Mr. Del has announced that he is no longer going to be releasing albums, culminating with the new double album ‘MD 20/20’.

The first disc of the album, Southside, released on November 20, 2020. ‘Southside’ features a street, trap vibe that is guaranteed to make you bob your head. On December 20th, the second disc, Soulside, will release and includes more of an R&B and Memphis Hip Hop sound.

It’s been an exciting ride for the Memphis born Mr. Del.

He began his career with the mainstream, trendsetting group Three Six Mafia. He dedicated himself to Christ in 2000 and left Three Six to start his own ministry and label, Dedicated Music Group or DMG. His first project, The Future, was released in 2005 landing Mr. Del at number 15 on Billboard’s Gospel Chart. In 2010, he was nominated for Rap/Hip Hop Album of the Year at the GMA Dove Awards for his third release Thrilla.

After 10 studio albums, countless collaborations, and revolutionizing the music industry with a new sound, Mr. Del now plans to continue producing other artists via DMG.

We may still see the occasional feature as well.

“I’ve been making music for over 20 years,” explained Mr. Del. “Music will always be a part of my life, but God is pushing me to do other things within my ministry. I will always be grateful to the fans, pastors, and churches who supported me and realized that to reach young people it was necessary to meet them where they are through the type of music they like, but with lyric that speak life instead of death, positive instead of negative.”

“I’m proud of what I’ve been able to accomplish, but I’m not done yet. I believe that MD 20/20 is some of my best work with trap, R&B, and that unique sound of Memphis hip hop. There’s something for everyone.” 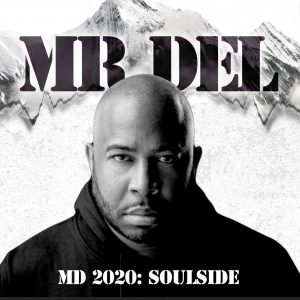 Destined for greatness, MD 20/20 has a total of 20 tracks that share the Gospel as only Mr. Del can. Through scripture laced lyrics and infectious beats.