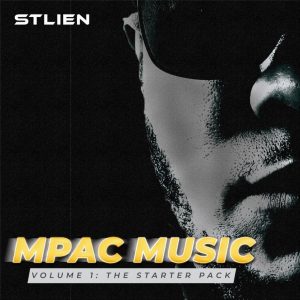 STLien declares that this project is his best music ever recorded. For the first time ever, STLien reaches out to other producers in hopes of developing and producing a new sound his listeners have not heard from him.

“I am finally living for me 100% and back to having so much fun in creating music. Expect the same message! I just packaged it differently. This is just Volume 1. I am already working on Volume 2.”

On MPAC MUSIC VOLUME 1 – The Starter Pack, STLien will has five songs and features: Gully Mark, Robby Jerome, and King James. STLien connects with producers from Russia for most of the beats on the project.