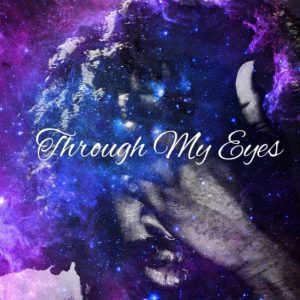 A heart-to-heart between artist and listener. K. Murray shares what he went through as he surrendered his relationship to his Father. Off the heels of the single “OMG”, K. Murray started the new year off with the release of the project ‘Here He Is’

The lead single joins twelve other tracks to give us more insight into the up and coming Christian Hip Hop artist.

Full disclosure: I don’t listen to a lot of CHH music.

When it comes to the reviews I write, the critiques and insights come from a completely unbiased place. I don’t know the artists, or enough about the artists pre-listen, to have already determined whether or not I dig what they do. My listen is a fresh experience each time, and with my being an artist who works in developing and mentoring other artists myself, the insights come from a place of knowledge and experience.
Enter SOZO Music’s K. Murray with his “fresh-outta-2019” 2020 release ‘Here He Is’.

A thirteen-track project that features a few peaks and valleys, this project was interesting.
The West Palm Beach, Florida native has a few dope tracks on this album, featuring some pretty dynamic and interesting production that supports his very engaging, often quirky style.

Murray is personable and a personality.

His energy and execution on this project bleed through each record, particularly evidenced in his Patience intro and on tracks like “OMG” and “I’m So Different”.
While K is infectious and entertaining (s/o Lil Prayer Circle), and his lyrics easy to understand, in most instances, there is somewhat of a lack of depth in both concept/content development and overall songwriting.

Murray’s Kingdom message is consistent, and his song arranging ability shines most on tracks that feature vocal guests on his choruses like “L.O.T.W.” feat. Britt Mari or the well-executed “Soldier” feat. Breana Marie.

K’s standout tracks on this project are saved for the very end of the album. He takes steps he can use to springboard to the next level on the records “Comfort Zone” and “Ghost”; these songs jump off the project as it’s most complete offerings.

Overall, ‘Here He Is’ is perhaps a dope reintroduction of sorts, but certainly points to promise as it sounds as if K. Murray is primed to continue to grow and expand.

‘Here He Is’ is available on all digital outlets. Take a listen below!

What do you think of ‘Here He Is’ by K. Murray? Let us know in the comments or hit us up on social media @FiveTwentyCHH – we would love to hear your thoughts!