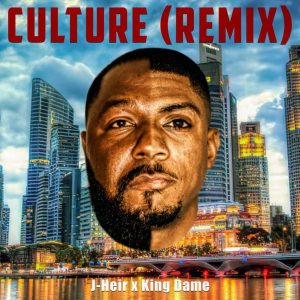 In 2020, one of King Dame’s most successful singles was “Culture”, a song that encouraged believers to prioritize the Kingdom over everything. Now the Kentucky based rapper is back with the Culture remix featuring J-Heir.