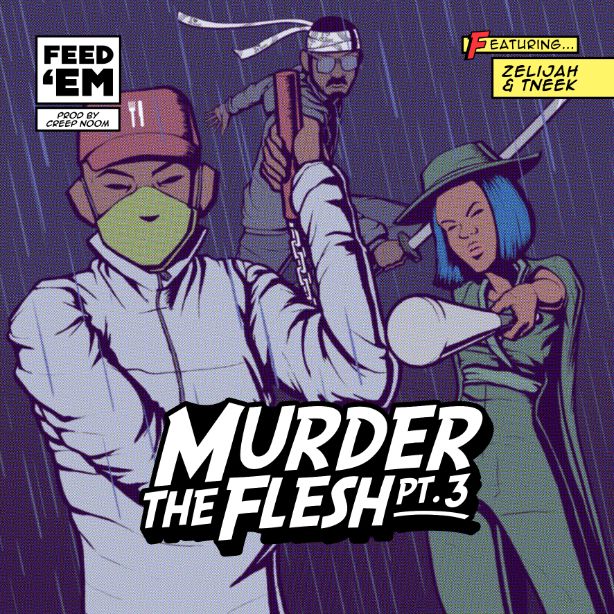 Murder The Flesh Pt. 3 (MTFPT3) is loaded with ingenious wordplay and dynamic flows. The artists hold nothing back in this lyrical, war-ready track laced with Grime and Drill production by Creep N00m.

MTFPT3 gives an insight into the Christian lifestyle. The theme is a battle between the flesh and the spirit. Topics covered include lust, temptation, and spiritual warfare. The featured artists all take a unique focus on the power they have through God to overcome.

Along with announcing MTFPT3, Feed’Em also gave insight into what he is currently working on,

“I’m currently finishing my Grime project titled ‘Gospel of Grime’. It’s funded by Help Musicians and supported by Pirate Studios. It includes a mixtape, music workshops for emerging artists, and a community tour of the UK.”

You can follow and support Feed’Em across your favorite digital streaming sites now: linktr.ee/feeedemartist

Listen to Murder The Flesh Pt. 3 below