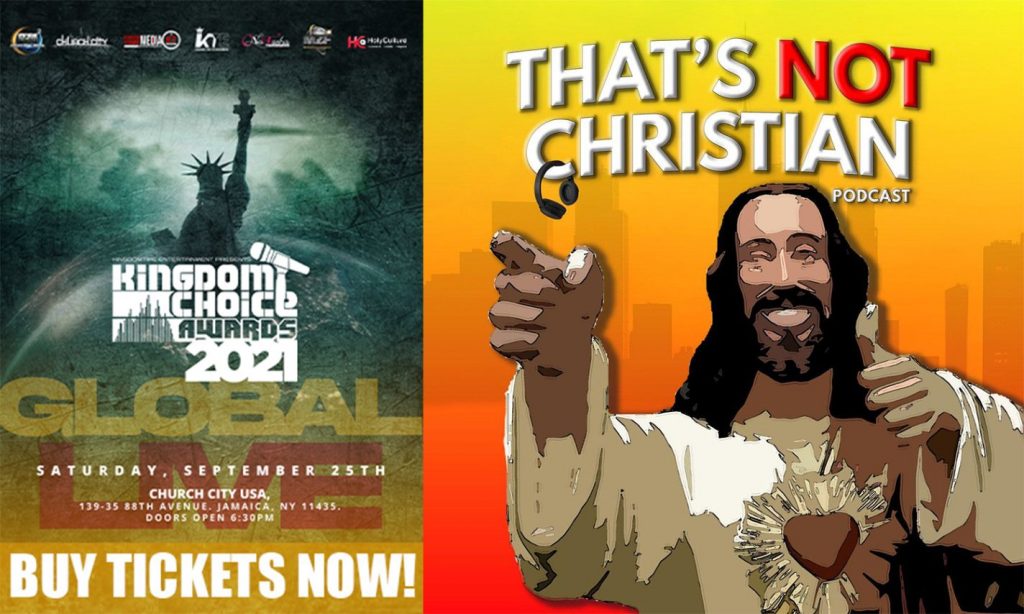 A lot can happen in a short time.

With communication options developing at a break-neck speed, you can meet and build relationships with new people daily. Thanks to social media and apps.

Whether you are in Los Angeles, New York, or even Atlanta, networking opportunities are seemingly endless. The ability to build a brand from across the country can be as easy as clicking a link. Getting creatives together and producing entertaining content can also get you noticed.

That is the case for Jimmy, Jay, Ant, and Switch, of the That’s NOT Christian Podcast.

What began as cracking jokes and discussing current events on Telegram has turned into one of the fastest-growing podcasts in the Christian media space.

The fruit of their labor has caught the attention of none other than the Kingdom Choice Awards.

The KCAs are the nation’s official award show for Christian Hip Hop/Urban Gospel music and culture.

With the announcement of the nominees for this year’s KCAs, That’s NOT Christian find themselves in the running for Best Podcast/Radio Show of the Year.

Nominated alongside industry powerhouses like Trackstarz, The Crew, M&M Live Radio, and “Complicated-ish” further proves the high-quality content that TNC delivers on a regular basis.

That’s NOT Christian is a podcast by four urban believers. They discuss current events and push the envelope on traditional religious subjects with a touch of humor.

The Kingdom Choice Awards are scheduled for on September 25, 2021.

That’s NOT Christian Podcast has not only endeared themselves to their listeners, but they have built relationships with fellow Christian media outlets as well. The guys from TNC have been guests on podcasts such as Trackstarz and FiveTwenty Collective. Sharing their story and plans to impact the urban Christian culture.

Help us in congratulating the fellas on this amazing achievement! Hit the comments and leave some flowers.