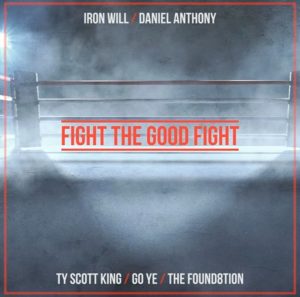 Fight The Good Fight features four great emcees – Iron Will, Ty Scott King, Go Ye, and The Found8tion. This song is direct scripture of 1 Tim 6:12 which tells us to fight the good fight of faith. Stand strong and firm to what we believe and never waiver.