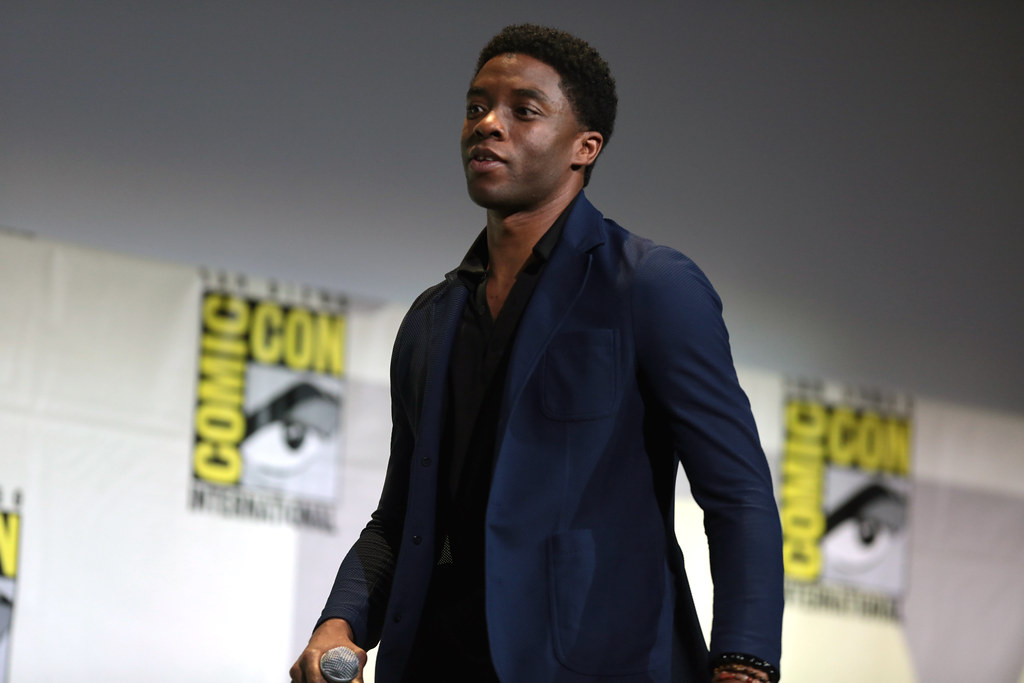 I was conflicted with writing at the height of my emotions.

10:14 pm I jumped on Twitter and the first tweet I see is from Chadwick Boseman’s page announcing his death due to colon cancer after a four-year long battle.It was said that Boseman created 11 films in that span of being diagnosed in 2016 and he didn’t stop until his unfortunate passing this year in 2020. His ethic is still something to marvel at as the Black Panther Star still has 1 more film Set to be released later this year on Netflix.

So, before I say anything else, let me first say my prayers are with the family in this unpredictable  time, in the midst of an even more inconceivable moment.

I want to say what I’ve noticed and witnessed but I can’t allow myself to be guilty of the same thing by USING THE DEATH OF A LEGIT HUMAN BEING as an Excuse to push my own Agenda Bias and Political positioning. As a man of God my heart is broken and I find myself in a continual cycle of mourning and grieving and unrest. Whether it’s a white cop and a black civilian, a medical student, a gang member, a victim of a disease, etc these stories maybe stories for us but for many it’s more than that…. this stuff is real life and is unavoidable to changing the channel or logging off an app.

See I’m writing this because To the FAMILIES that aren’t running for office or trying to WIN an argument lives are being changed forever and people are living in the aftermath of that devastating reality and they are not OKAY!

This is not a POLITICAL statement about the  country or a RACE  … this is about mankind! We are not okay and WE HAVE BEEN handling it horribly! APPROACHING THESE ISSUES LIKE WE’RE LESS THAN HUMAN and it’s tough to watch.

Right now all I’m asking is for people to remember these headlines may grab the attention of the masses, provoke debate and social movements but in real life they’re people being effected in unimaginable ways.

We have been short sighted and selfish!

I’m sorry Chadwick that since you didn’t post everything, you were mocked and made fun of.

I’m sorry that most of the recent media chosen stories of the loss of life was more about COMMENT SECTIONS, MAGA HATS, TWEETS, and what POLITICIAN is responsible for the death.

I’m sorry you saw and heard so much division bias an hate.
I’m sorry the impact of the family didn’t stop the memes and pictures from being made. I’m sorry for all the pointless arguing that overshadowed the condolences and prayers to those lives that really need it.

Whether or not this reaches the families on my heart  I pray you can hear it in my words and understand that we cannot continue to operate in this manner if we desire to grow and progress. My sadness is not directed at one death but all of them and not just death but the way those of us who are blessed to have life  CHOOSE to go about it in ways to hurt others.

I’m overloaded with tragedy sensationalized death, propaganda, and watching the pain of people all over the world.

I’m sorry you weren’t shown more compassion. I’m sorry that while everyone was fighting each other you were focusing on encouraging others and even though you’re gone it feels like we’re the ones that lost. We’ve lost our way, we’ve lost too many people and we’ve lost our faith in God and substituted it with everything else…..
I’m sorry that I only knew you as characters in movies because I know to those you spent your life with and most private moments with, THE REAL YOU was the highlight of their lives and relationship they had with you.
So I’ll honor you the best way I know how by honoring the craft you took great pride in…..

Wakanda Forever!!! Peace and Love to you and yours!!

Lord, we need you,
Meech

Everything I do is for the culture!