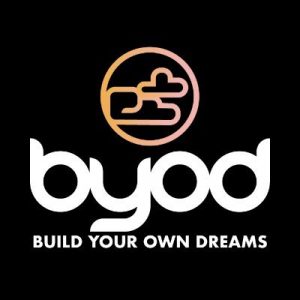 “Dream, then build. Simple as that.”

Those were the first words put out on the Twitter account of new independent label Build Your Own Dreams.

Marketing themselves as “the independent label of the new age”,  founders Erinn Knight (you may know her as “the plug”) and Brandon Boone are specializing in label services, talent management, and event curation as they push the culture forward.

As Knight explained to FiveTwenty, “[there is] no genre focus, just music that moves us.”

“Our first releases were hip hop and R&B, as well as our next release.” 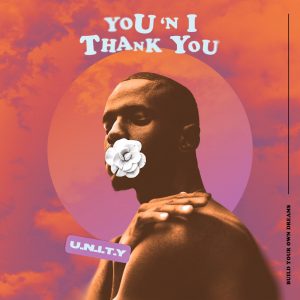 The newest release is the double-single “U.N.I.T.Y.”, “You ‘N I” and “Thank You”, that features several of the Christian Hip Hop genre’s most recognizable names, including: Aaron Cole, Jon Keith, DJ Mykael V, Parris Chariz, and Wande along with Kaleb Mitchell.

“U.N.I.T.Y. is a statement piece for Brandon and I,” explained Knight. “We want people to see the bigger picture of the label so our first release had to reflect that.”

“We want our community to be unified in its pursuit in sustaining our own growth. We want our artists to be the biggest beneficiaries to their own success and we want to give back.”

“This song was a collaborative effort among friends to make that statement!”

“The mere fact that so many reputable creatives donated their art for this project is proof positive that we can make a difference. The proceeds from these two songs, and the merch, is going towards our BYOD fund that’s sending artists and music business creatives to therapy because we can’t profit off of the artist’s pain and not try to help fix it.”

What truly makes BYOD stand out from other labels?

“Our artist own their masters and get free therapy as part of their deal.”

Clearly, this is not what you would traditionally expect from a record label in any form, but exactly what we would expect from an Erinn Knight venture (sorry Brandon Boone, we need to get to know you more!).

Other artists that feature on the new double-single are AHNTY from Fort Worth, TX and Troop Brand on the single “You ‘N I” as well as Tokyo.ExtraOrdinaire and Dj4:12 on “Thank You”.

Check out the new songs below and hit the comments to let us know what you think!

We must say, we are excited about what this label is going to be doing moving forward. It’s messages like this that let us know that big things are on the horizon:

Took two for the team, we’re getting on for the block. This is about Unity and coming together for a bigger cause. New music out now, run it up!! ☁️✨https://t.co/BjwP66aS4S pic.twitter.com/e6wO7cXKEB

What exactly are the qualities that BYOD is looking for in artists they work with?

“We’re looking for people with vision, who have integrity, and are easy to get along with,” said Knight.

“We’re also a business so you have to have the numbers in order for us to sign you. Music has to be undeniable.”

“However, we have a marketing wing where artists can hire us. If they don’t have the numbers, and they’re are trying to develop their sound, they can work with us still.”

Get connected with Build Your Own Dreams now: justbyod.com