The first half of ‘Calm’ is the light bop “80 Floors”. The instrumental and hook of the song make for vibes that would fit well on any summer playlist.

The verses are a little weaker than the previous two aspects of the track, but not enough to have any serious effect on my overall enjoyment of the song. If I had to describe “80 Floors” with one word, it would be “fun”.

Calm
“Calm” switches things up to a much more mellow tone, with a piano-driven introspective beat.

In contrast to “80 Floors”, “Calm” is a more verse-driven track – which is just as well because Bugga’s transparent bars are the highlight of the track, though he still has room to grow in both lyricism and delivery.

“Calm” isn’t as memorable a song as “80 Floors”, but it shows a lot of promise for Bugga’s writing skills going forward.

You can hear the ‘Calm’ double-single below. Hit the comments and give us your thoughts on Bugga’s newest offering! 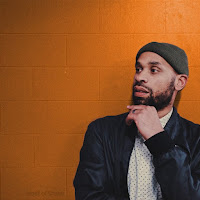 Fast and Low member Bugga is getting ready to release his new dual single and he gave FiveTwenty an early listen.

The dual single includes the title track “RSES” as well as a second track titled “Pain”.

“RSES” features a solid delivery in the verses and a melodic hook. Bugga is tackling what can be a difficult subject matter, although it is one we will all face. The premise of the hook is a request to place roses on the emcee’s grave when he is gone. During the intro of the track, he declares that he wants to “see them roses”. “Put some roses on my grave when I’m gone/ I want to see them when I look down on ya”

I really enjoyed the production of this track. There are plenty of variances throughout which keeps the listener engaged. This is also a good example of the ability that Bugga has as an emcee. He delivers bars with a style that shows why there is hype behind what he and Fast and Low are doing within CHH. My one area of criticism for “RSES” is the mix of the vocals.

Do not get me wrong, the vocals are clear and easy to understand which puts it ahead of many songs that I have heard when it comes to indie music. To me, it sounds like the vocals are sitting on top of the track a little too much. It doesn’t hurt the overall appeal of the song but is certainly an area of opportunity that could give it some polish.

Switching over to “Pain” we are met with an autotuned vocal intro reminiscent of T-Pain (yeah, I’m okay with the pun). It is a decent switch-up from “RSES” and it quickly grabs the listeners attention.

One thing that is immediately noticed as we hit the verse is that the vocals have the opposite issue when it comes to mixing compared to its counterpart. Here we have a vocal that is muddied and buried a little too much into the mix. If you take both tracks and bring the vocals to a middle point then I think you would be in that sweet spot.

Another thing that I really like here is that you get a different style of flow which displays flexibility and range. Personally, I find Bugga’s delivery here the more interesting of the two tracks. There is more confidence and he is playing with his cadence throughout which really drew me in.

“I can feel the pain, wish I didn’t but I do/ I wake up everyday feeling so distant from you”

Overall I really enjoyed this dual single. I had not listened to much of Bugga, or Fast and Low, but I see that I need to add more of their music into my rotation.

“RSES” is set to release on May 1, 2019 and pre-order/save is available now. You can follow Bugga on Twitter and keep up with all of what he has going on.