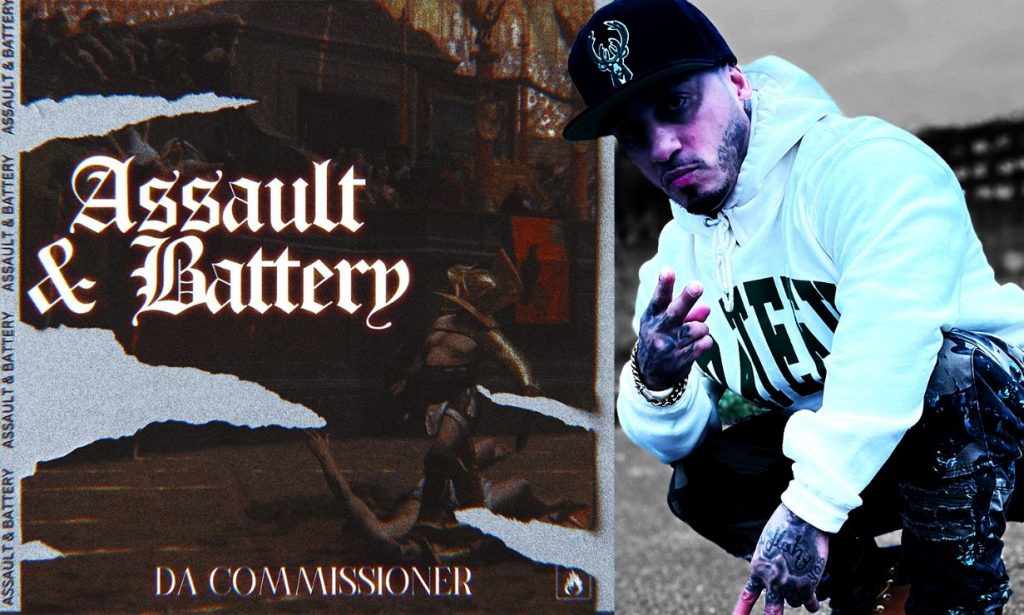 Assault & Battery is the debut single from Da Commissioner.

“From the days of John the Baptist until now the kingdom of heaven has suffered violence, and the violent take it by force.”  Matthew 11:12

Assault & Battery serves as a notice to the Christian Rap genre.

There is no time for games, not when the enemy remains busy plotting to kill, steal, and destroy. Now is the moment to rise up and reclaim that which was placed in our care. The debut single from New York’s Da Commissioner is a gritty, aggressive, vintage east coast record. The streets meet the Savior in a verbal onslaught against the devil.

Da Commissioner bypasses a hook and gives listeners a steady stream of bars that stand up against hip-hop’s most rugged verses. Assault & Battery is filled with hard-hitting punchlines and content that is doctrinally sound.

Assault & Battery is “a very raw and in-your-face assault on Satan and the kingdom of darkness. [It is a] response to the spiritual war he has waged on the saints in the body of Jesus Christ.”

Production was crafted by Buckroll and Pastor Charles AR oversaw engineering duties to compliment Da Commissioner’s cadence and delivery. Having recorded alongside some of CHH’s elite lyricists, Da Commissioner is more than prepared to step out on his own. He is proving that hip hop’s concrete foundation is far from a thing of the past and is more than relevant to today’s audience.

Assault & Battery is available now on digital streaming services including Spotify and Apple Music. The music video is live on YouTube and you can view it below. Let us know what you think of this debut record in the comments as well!