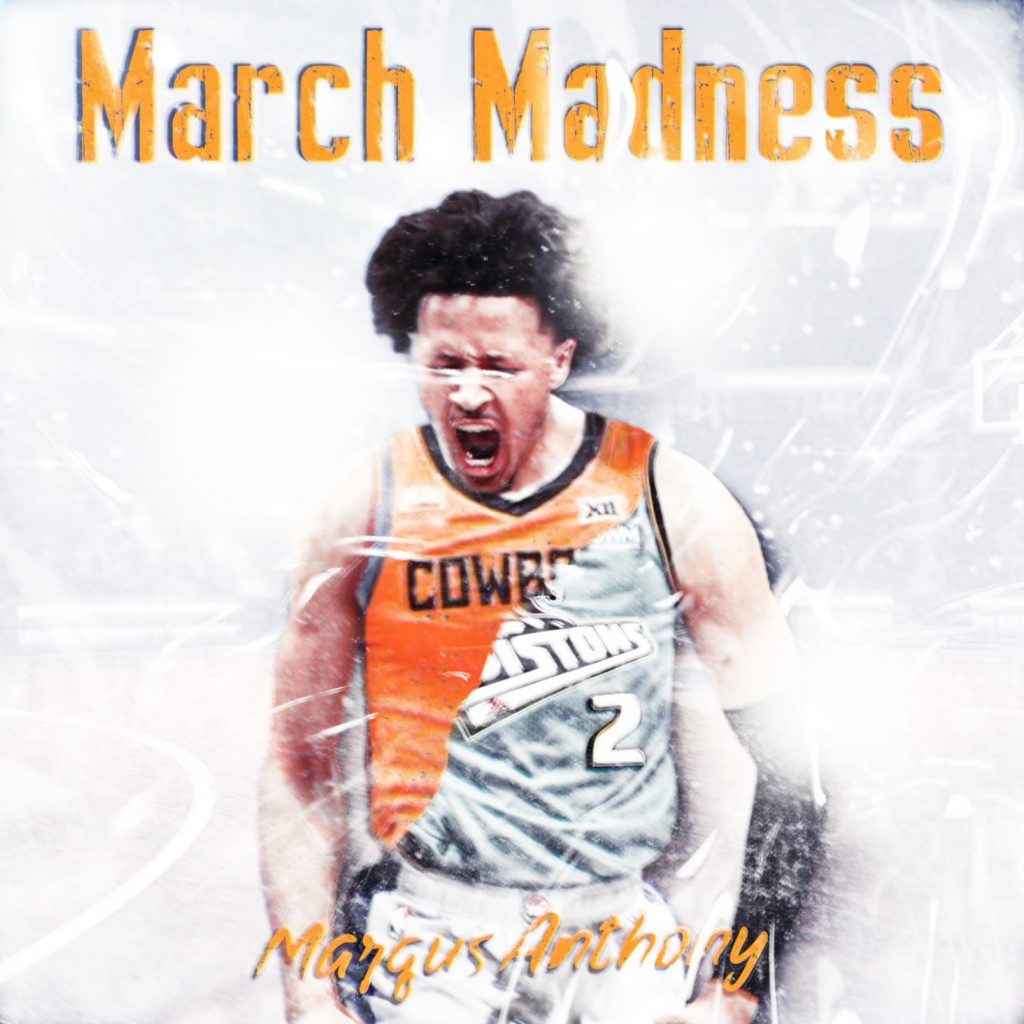 March Madness by Marqus Anthony is a super fun and engaging display of Detroit Christian rap.

The project is composed of three tracks all produced by wow eli with bouncy Detroit basslines and melodies. No hooks just rapping; emcees delivering punchlines one after the other. Marqus Anthony hits the pockets clean and really gets off bars on every track. In honoring his hometown, Marqus wanted to be sure to pay homage and incorporate both the city’s young and up coming talent, as well as a couple OGs. March Madness features Kelo, DreBeeze Da Godson, Goodson, and Antone Choirboy Bell.

God gets the glory throughout with clever bars such as “Keep God first, I’m number two, Cade Cunningham”, making a reference to the young Detroit Pistons basketball star featured on the cover wearing #2. It’s only natural that a Detroit raised rapper found a home on the D beats and really sounds better, more natural, and more confident than ever before. Expect more heat to be on the way from the Blessed on Purpose camp all summer long!