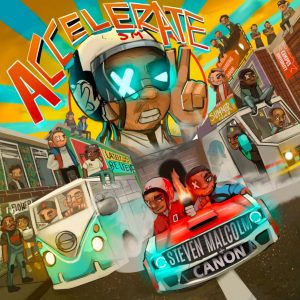 Accelerate is from Malcolm’s forthcoming album ‘Tree’, releasing on April 15, 2022.

“Accelerate is all about the race of life,” explains Malcolm. “It’s an honor to have my brother Canon on this record with me.”

The Grand Rapids, Michigan natives are a Dynamic Duo

“His verse is insane,” declares Malcolm, when talking about Canon’s contribution to the record. Malcolm also drops a flawless verbal onslaught packed with imaginative metaphors. “Hit the gas, I’m the highest in the room how I elevate,” he raps in a swaggering cadence.

Accelerate moves at the velocity of an action flick. The ferocity of the production is infectious and intensifies each rhyme. Who can stop Steven Malcolm? “Hit the throttle, take off on ’em, tell me who gon’ stop him”.

On Malcolm’s upcoming album, all 16-tracks explore his spiritual depth and versatility as a hip-hop artist.

‘Tree’ is an eclectic depiction of Malcolm’s past, present, and future. The album includes features with multiple award-winning artists such as Snoop Dogg, Shaggy, Social Club Misfits, and KB. 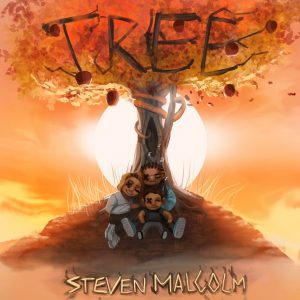 Check out “Accelerate” below. Give us your thoughts in the comments!