He sets the tone with the spellbinding track “Respect”.

The Michigan emcee has officially announced his third studio album entitled Tree. The project is set to release on April 15, 2022, via IVAV. Tree is an eclectic depiction of Malcolm’s past, present, and future. Beginning with the lead single, “Respect” (listen below), along with a 5-city tour, Malcolm is curving the fakes and claiming a stake as an exceptional force in hip hop. No questions asked.

“This record is about putting some respect on my name.” – Steven Malcolm

“Respect” is a follow-up to the bangers “Rooftop Freestyle” which was co-produced by Grammy Award winners BoogzDaBeast, FNZ, and Dayme alongside “On Point” that features Dove Award winner KB.

With smooth, inventive rhyme schemes, Malcolm flows seamlessly over the Sango-produced record. “He (Sango) sent it o me and I finished it honestly in an hour. Just one of those records you hear and dive in,” explains Malcolm. After accumulating more than 58 million global DSP streams and 13.1 million YouTube views in 2021, Malcolm’s desire to elevate his name is a constant theme on his forthcoming album. 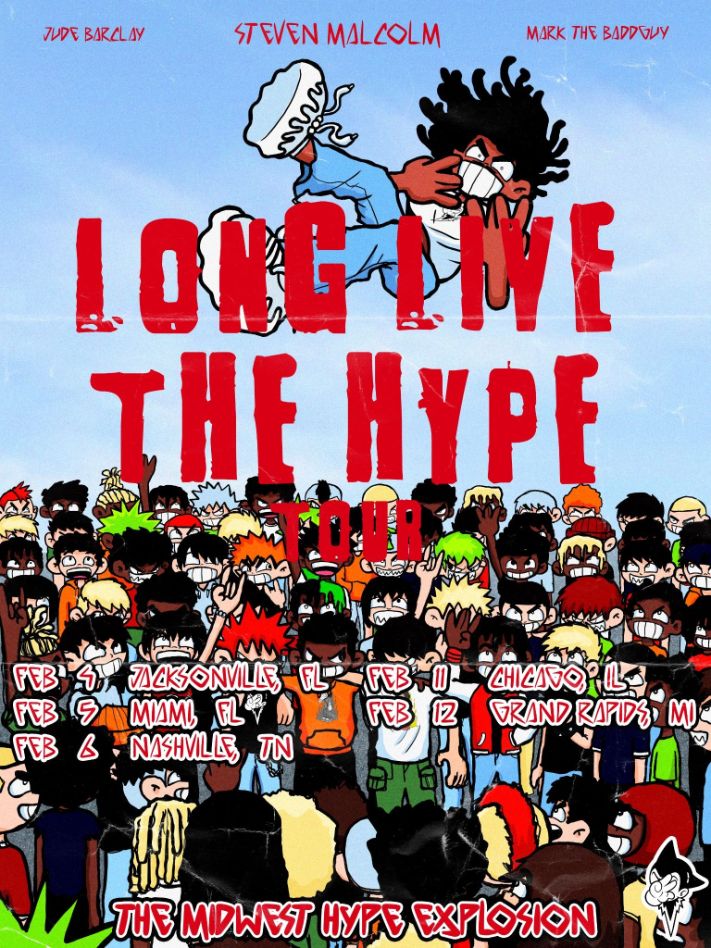 The next album from Steven Malcolm features several award-winning artists. The list includes names such as Snoop Dogg, Shaggy, Social Club Misfits, and KB. It arrives on the heels of Malcolm’s 5-track EP ‘All Is True’, which garnered wide acclaim.

All 16 tracks on Tree explore Malcolm’s spiritual depth and versatility as a hip-hop artist.

“Jamaicans pronounce the number 3, tree. This being my third studio album, [it] focused on the growth and fruit that came from a foundation rooted in truth.” – Steven Malcolm

From the international smash “Fuego (R3HAB Remix)” that features dancehall icon Shaggy to the Dove Award-nominated anthem “Glory On Me” featuring Childish Major & Taylor Hill, Malcolm mixed the spirituality of Sunday morning with the energy of Saturday night. Peep the full tracklist below.

Pre-order Tree now. Which songs from the album are you most excited to hear? Sound off in the comments below!