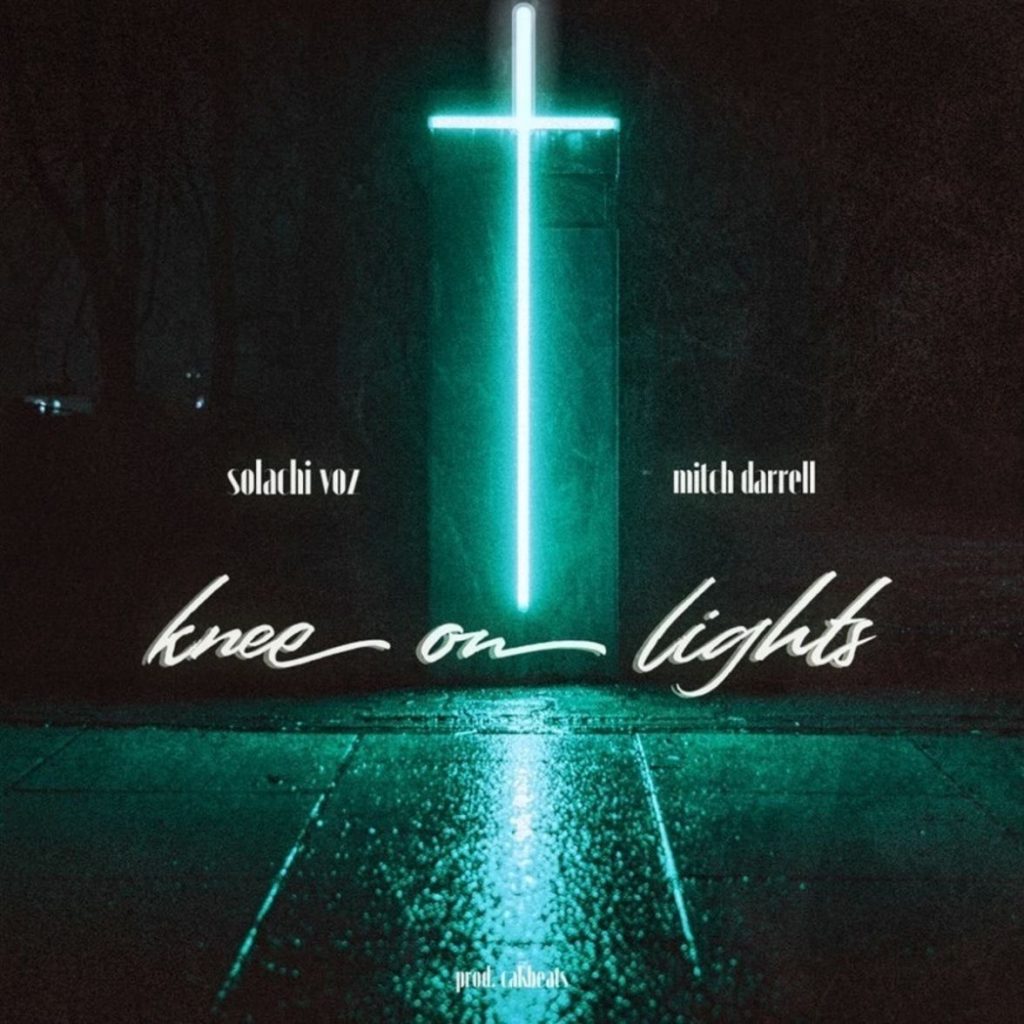 Bay-area artist Solachi Voz is teaming up with powerhouse lyricist Mitch Darrell on her new single.

“Knee On Lights” will be available everywhere on Christmas day, 2021.

Now, more than ever, the temptation to just allow the world to snuff out your light is strong. From the pandemic to racial tensions, to prison reform, to international diplomacy. The world is doing what it’s good at doing…destroying hope.

As believers, we have a responsibility to carry the torch of Light to this world.

In Knee On Lights, Solachi Voz and North Carolina emcee Mitch Darrell deliver one harrowingly detailed encounter in a bodega. Coming from two different perspectives. The song is expected to be a lead single for Voz’s upcoming EP, ‘YES YOU ARE’. The project features production from the east coast legend K-Fresh.

Beginning with a short monologue, Voz casually tells an unidentified listener that snacks and drinks need to be purchased before the trip continues. Suddenly, the jazzy piano stops. Subsequently giving way to a TDE-inspired, vocally laden beat. The hook is a play on the pop-culture phrase “Jesus, take the wheel,” insinuating relinquishing control to the Lord.

“Don’t swerve; hold the wheel” serves as a repetitive layer within the hook.

Mitch Darrell does not disappoint as the record moves into his verse.

The rapper boldly and confidently accompanies Voz’s delivery with his infectiously clever wordplay. Along with his accented delivery tones.

In addition, the beat lends to the east coast vibe and feel of the song. Serving as a fitting backdrop for both artists.

Rob Will mixed and mastered Knee On Lights. Production is from Cakbeats. The record hits digital outlets everywhere on December 25, 2021.

You can pre-order/save now: https://distrokid.com/hyperfollow/solachivoz/knee-on-lights-feat-mitch-darrell