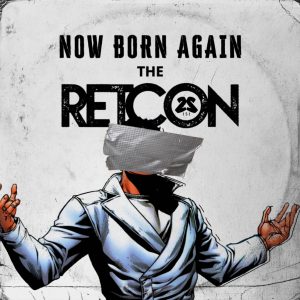 Being an active member of the music industry and recording community for 30 years now, I’ve watched tables turn and tides shift.

Sounds and trends progress and regress (and not necessarily in sequential order), but one constant has remained through all my years of examination: NEW.

People love new things, even if those new things are recycled versions of predecessors that the presenter prays either no one notices they’ve seen before, or that consumers are so enamored with the product that they won’t care about running it back. One of the more glaring absences I’ve noticed in that same time… artists not knowing how to let their art breathe.

In pursuit or prioritizing of new, we neglect the growth or life of old.

That long diatribe was necessary because today’s review of 2nd Samuel 151’s Now Born Again: The RetCon is a strategically genius move in that the East Coast artist released revised, updated takes on a previous project.

This is actually cutting edge and really honest.

Most artists I know, even when putting out great projects, can still hear twists and turns and highlights and tweaks that could have been added the first go-round.

Deluxe albums don’t count because those concepts mostly consist of reissued projects with songs that either didn’t make the first cut or new records that come up in the residue of that offering and the artists decide to make them inclusive.

But listen: 2nd Sam put out the entire same project AGAIN, but with polishes and upgrades making it new.

Because the music we make as Christian artists should not include an expiration date (especially if we’re not trying to ‘ride the wave’ of current currents), this idea is a gem. What’s dope about the RetCon is that you wouldn’t know it was a reboot.

From the opening lines of Wh0 Am I?, the Staten Island, NY native lets you know he belongs in this space. 2nd Sam is a musical vet with years of experience under his belt. His ability to navigate confidently around the featured production is not surprising. The production itself could be seen as dated considering the current musical landscape, but the vintage late ’90’s early 2000’s feel works for this project.

The bars are relevant (and there are actual bars, here), the features hit, and the well put together interludes give the project a fluidity that’s missing in a lot of today’s full-length endeavors.

The Beautiful Bride Records release sees very vulnerable bars from 2nd Sam on records like Beaut1ful Bride, Go Ther3 With U, I 5urrender All, and the Tone Jonez produced Forgive M3. The RetCon even features 2nd Sam’s son, along with others, on the Church Boys & Girls Remix.

After listening through to the consistency of a project, that only seems to sputter when it comes to a few of the album’s choruses and hooks, you come to appreciate Now Born Again: The RetCon for the body of work it conveys and the solidifying place in the CHH marketplace that it should readily afford 2nd Samuel 151.

And then the project ends with Lov3.

The perfectly sampled chorus and melodic production create a highlight at the END of the album. That an already dope, and fairly detailed, project ends with arguably one of its best records speaks volumes about 2nd Sam’s strengths as an artist.

For those who favor artists deliberately keeping the Christ in CHH, a sincere Gospel message, and professional execution – Now Born Again: The RetCon by 2nd Samuel 151, strong start to finish, should be on your list.

What do you think of this project? Hit the comments and let us know!