After more than a decade in music as a producer and DJ, Cephas has released his debut mixtape as a hip-hop artist.

The Ohio-based Cephas recently signed to Datin’s Menace Movement label. He is the latest, and perhaps most unique, addition to a growing roster.

Cephas blends soulful, jazzy production with an extremely clear Gospel message. This is where real hip hop and evangelism meet! Spreading the gospel of Jesus Christ is the single most important goal for Cephas. Tens of thousands of young people have heard the Good News through his platform.

When they tell us to tone it down with our Jesus raps, our reply is ‘NAH” !!!!

“We Will Go” The Mixtape available at MIDNIGHT!! #MenaceMovement pic.twitter.com/QcbRdbI4yQ

While I have been familiar with Cephas for a minute now, I can’t say that I had fully dove into his work until recently. But when my guy Pacaso tells me I need to listen to a project, I know I need to pay attention. That was the case with We Will Go, Cephas’ first release with Menace.

I guess we’ll find out if it lives up to the hype!

From the start, I love that the project is available on Bandcamp!

Artists take note, use tools like Bandcamp that can give you greater return on your content. It may take a little extra time, but you can control how consumers access your music. That’s probably a different conversation…that we may have had. 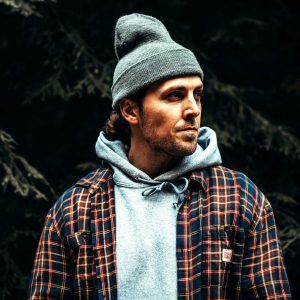 The last three are bonus cuts which also happen to be Parts 1-3 of  “KNGDM State of Mind”.

The opening title track sets the tone with a wonderful combination of sample and melodic intro. Cephas clearly has his roots in classic hip hop. This is feel-good music that draws you in from the start. Some may call it a throwback, others boom-bap, but no matter how you choose to classify it, the sound is refreshing.

Next up is the 2020 single “New Day” which reminds us that each day is another opportunity to dwell with our “good, good Father”.

Track three is a record that is much needed in the Church today.

“Four Walls (ft. J. Carter)” may be one of my favorite records on the album.

Cephas gives us a reminder that “we’re one big family” as he declares we need to get back to the foundation of the faith. J. Carter croons on the hook “it’s not about the four walls at all”, something that a large part of the Body seems to have forgotten over time. It’s time to remember that the church building may be a home base, but the mission field is the world. Who’s willing to look a little different in order to fulfill the commission of Christ?

“So Good” rounds out the opening sequence of the album. It’s a simple track with a simple message: God has been so good to us. Johnathan Baker delivers a solid feature verse while Cephas works in a pleasant melodic element in the hook. The record even includes a prayer breakdown, something that is typically reserved for the end of a project. It is a unique touch that adds to the feeling of shifting to a new phase of the album.

The opening of “Spell” has a cinematic feel. As the song unfolds, the sonics hit you like a blend of classic Nas mixed with the Dramatics. The next chapter of We Will Go is an expertly crafted example of storytelling.

This three-song stretch includes “Nah” which Cephas dropped a visual for. It’s a record with a statement. Cephas is not looking to let money or the music industry control him or who he is as an artist. Check it out!

“I seen a pastor cut his outreach budget sheet/ cause helping the needy doesn’t always equal butts in seats/ if I’m not careful, I be thinking if it were up to me/ I’d pull his whole family out the house, to make ’em slum the streets” – The Forgotten / Windows Up

As skilled as Cephas is at creating a mood with his production, he is equally gifted in his ability to share a tale. The final installment of this three-song set is a mash-up of sorts. Cephas tackles topics that are honestly easier to avoid. From holding leaders of the faith accountable to looking in the mirror and being honest about how we treat the less fortunate of God’s creation. “The Forgotten / Windows Up” may not be the ideal record when it comes to marketing, but it is a track that all Christians need to listen to and reflect on.

StefanOtto, Bumps INF (God Over Money), and the head menace Datin all join Cephas over the next couple of tracks.

“Divine Messengers” and “Stop Us” bring that raw, gritty sound that one would expect from a Menace Movement release. Even so, Cephas keeps his signature jazz samplings hanging close in the background. It’s an eclectic mix that does an excellent job of bringing the listener down the homestretch.

The main tracklist comes to an end with the record “New Day Reprise”.

The reprise is a fitting, compacted reimagination of the second track from the album. Adding in lo-fi elements that bring a satisfying, would-be end to one of the year’s best projects. However, it’s not over yet.

Over the past year, Cephas has given us a trilogy of releases known as “KNGDM State of Mind”. Parts 1, 2, & 3 are anthems for followers of Christ. Are we wrapped up in the temptations of the world or are we focused on our purpose?

It appears like a no-brainer to include these records on the album. Bonus cuts or not.

Cephas goes against the grain at every opportunity on We Will Go. At least as far as the majority of CHH is concerned.

Where are the trap beats? How are you going to have songs that are three minutes long? (Some even push towards six!) Don’t you know that the boom-bap/backpacker sound is dated?

Criticize all that you want, but this is the type of record that the space desperately needed.

We Will Go connects with the old heads while being completely relevant to today’s musical landscape. There is a freedom in the sound that has been missing for too long. Cephas showcases his impressive talents while also, unashamedly, putting Jesus Christ at the forefront. I’ve heard people ask, “if you were sharing CHH with someone who has never heard it, what would you play them?” While the answer is fluid, We Will Go wouldn’t be a bad choice by any stretch.

But this is just one man’s opinion.

What do you think about We Will Go? Hit the comments and weigh in! 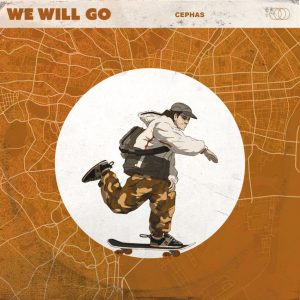