“They been telling me I been acting like a…MENACE”

C4 Crotona is the newest member of Datin’s Menace Movement and on his debut label project, he shows exactly why he fits right in.

“I wanted to make it a little more personal. Crotona parkway is my childhood neighborhood. Almost like a ‘Never forget where you come from’ kinda thing. I went through a lot of hardships at a young age. Sometimes we tend to get over things and live life as if we never been through anything. Keeps me humble.”

The new project Snake Skin Bible Cover is a five-track EP that features fellow Menace Movement labelmate Knaladeus as well as Datin himself.

“It means I get to work with people I’m comfortable with. People I consider bros (and sis). I’m not gonna sit and act like I met every other Christian Rap label, but these guys have a true heart for the Lord. To me, that’s the kinda people I want to be around. As well as knowing they understand my style artistically and aren’t trying to change me one bit.”

So how does Snake Skin Bible Cover stack up? Let’s dive into it…

“Sometimes you gotta expect the unexpected…”

A nod to the Menace Movement signing perhaps, but the opening words to the EP carry a deeper meaning than that. C4’s gutter tone and Gospel-centric message is a flashback to a seemingly forgotten time in CHH. Or maybe it’s just the latest offering in the revival of the blatantly unashamed. Either way, for heads who cling to hip hop’s golden age, it is starting to feel like we can breathe again.

On “Save My Homies”, C4 lays out where he has come from and pleads for the Lord to take care of those still struggling. While the second track serves as a formidable bridge from the opening track, the project really takes off with “Snake Skin”.

“I would say the record Save My Homies really shows what the overall theme of the project is…the overall theme of all my music. I’m just tryna see my friends saved and do it through the artform we grew up loving, but at the same time [discovering] someone they can love even more!”

The default title track is everything that is great about East coast hip hop. With a looped sample that goes throughout the boom-bap production, C4 is squarely in his lane. This record could easily be dropped in the middle of the Wu-Tang discography and be right at home. “Got, nothing but scriptures in my arsenal/ if I read a part it blow a demon into particles”

“Toxic” is the fourth track on the project and features Datin. It continues the sample-heavy production of ProducedbyShamir.

With a focus on those who look to steer you in the wrong direction, C4 calls out those relationships that are a true representation of being unequally yoked. The thing that I enjoy about C4’s art is that he is not looking to out-clever the listener. Instead, he gives us honest, straight-to-the-point lyrics that quickly cut to the heart. While so many are looking to excuse away choices, maybe we need to be willing to accept our flaws, man up, and keep it moving.

Snake Skin Bible Cover ends with beautiful production from fellow Menace Knaladeus. Again, we get raw lyrics and introspection as C4 calls out the enemy’s attempts to derail his journey. Whether it is the lures of money and fame, the loss of his mother, sexual temptation, or simply feeling hopeless – Jesus remains the anchor in trying times.

At 14-minutes, Snake Skin Bible Cover is a solid introduction to C4 Crotona for those who may not have followed him before joining Menace Movement. It certainly displays his skill and approach. There is also a strong desire for more like we are just getting started. The good news is…it appears we are.

During the final minute of the EP, C4 perhaps hints at what is on deck:

“A lot of things changed since we last spoke, coming soon”

Even if this is not the only project C4 drops this year, Snake Skin establishes himself as one of CHH’s heaviest of hitters. He has set the bar for himself while making “rapping rapping” the standard. Keep an eye out on this dude!

Drop your thoughts on ‘Snake Skin Bible Cover’ in the comments below! Where do you rank C4 Crotona with other lyricists in the space? Do you see gritty hip hop sustaining this current resurgence? 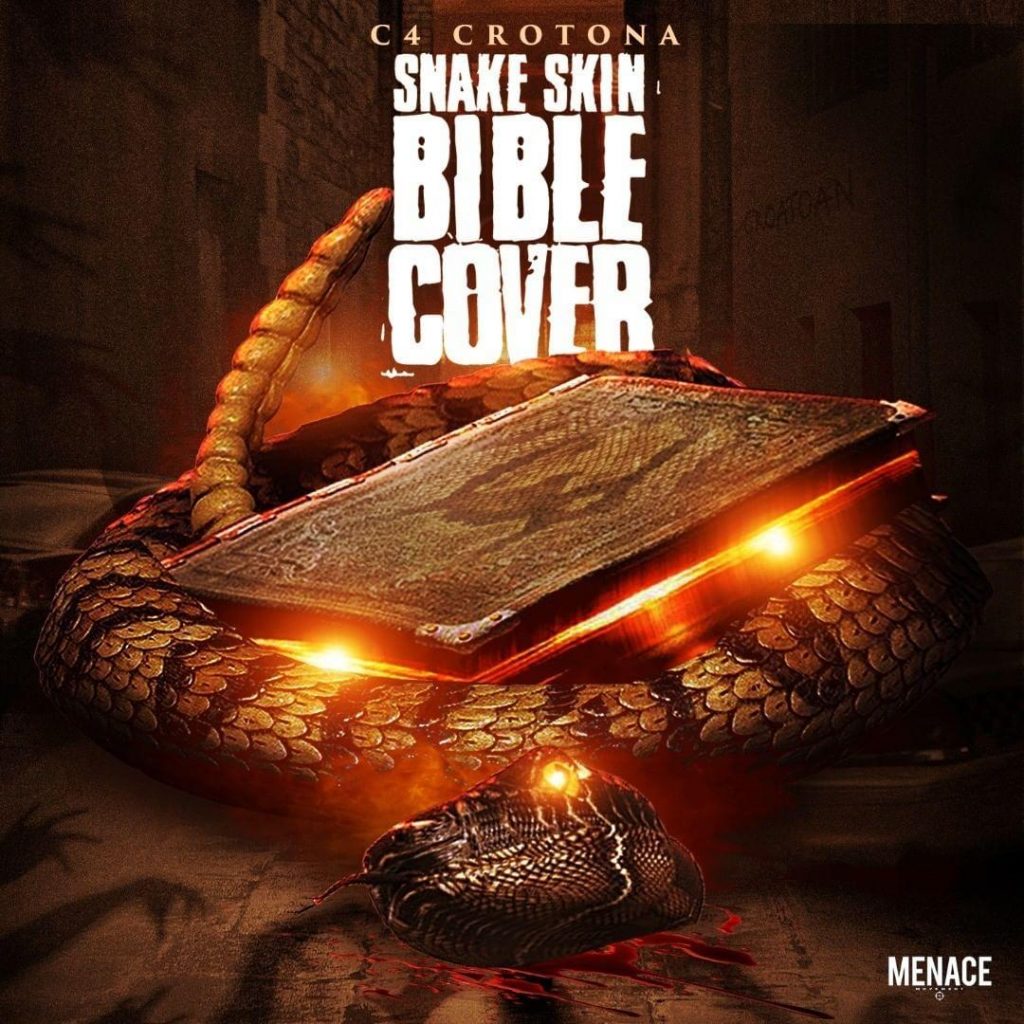