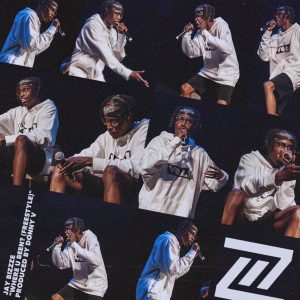 If someone told 14-year-old Jay Bizzze that he would later perform at Morehouse College in front of over 5,000 people and open up for Lil Baby, he would’ve asked you to check your temperature.

While dealing with doubts and insecurities, Bizzze was questioning if rap was for him. You could somewhat understand his disbelief. After spending seven hard, yet fulfilling, years working on his craft and trusting God’s plan for his life, he boarded his first-ever flight from his small town of Forest, Virginia, to the metroplex of Atlanta, Georgia. It was a manifestation of all the work he has put in and will continue to put in.

This was all made possible when he grew tired of limiting his creativity to one to two hours at the studio. He decided to bet on himself by learning to record from home. Declaring it one of the best investments he ever made, recording from home opened Jay Bizzze to a world of creativity and opportunity he never saw possible.

When NFL Star Rashad Jennings came to Jay asking to create an album together, he was more than ready. While working on their album, ‘Nevah Lost Vol. 1’, Jay gained newfound confidence and creativity on the mic, which he credits to God and Rashad, who pushed him to try different cadences with his voice.

To fill in fans on his journey to Atlanta and his growth as an artist, he wrote and recorded, Where U Been? (Freestyle), which is his most confident and vocally dynamic song yet.

--
Purchase* Where You Been? (Freestyle) and support Jay Bizzze!