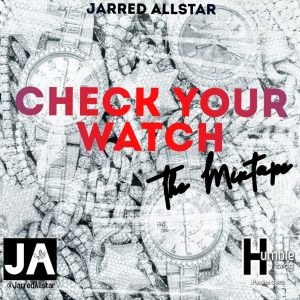 Check Your Watch is the sequel to Jarred AllStar’s first mixtape ‘Startime’ released in 2012.

In this highly energetic, punch line-laden project, Jarred seeks to create a bridge between “the hood” and the Church. Using instrumentals from popular artists, Jarred puts his own twist on industry hits.