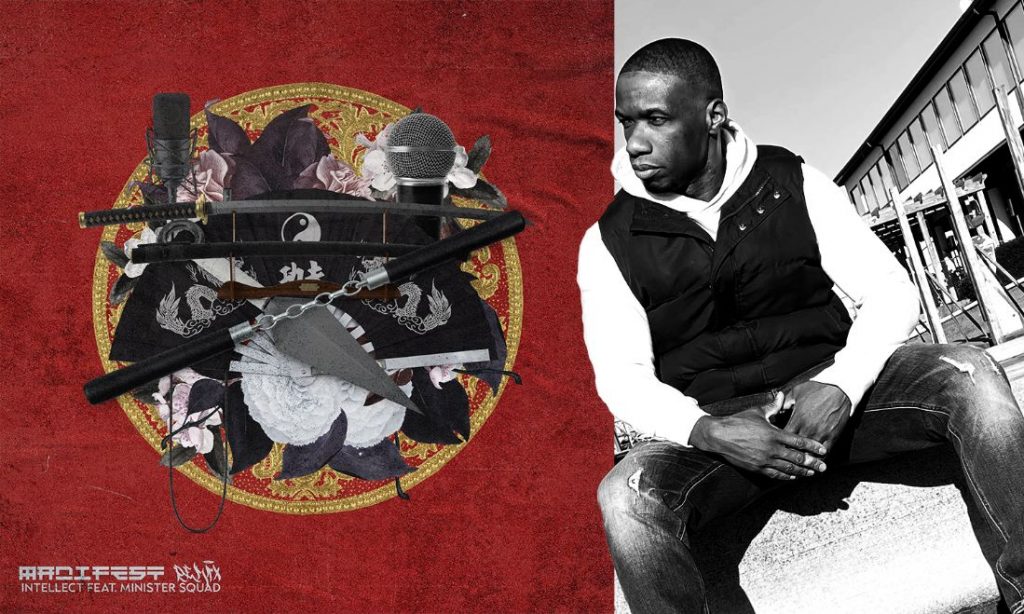 man-i-fest [verb]: display or show (a quality or feeling) by one’s acts or appearance; demonstrate.

Ohio emcee iNTELLECT is never one to hide the motivation that drives his creativity.

In the world of Christian rap, where motives are questioned on a daily basis, transparency is key. It is not enough to claim what you’re about, you have to be willing to demonstrate that you live out the new life found in Christ.

iNTELLECT, and fellow artist Minister Squad, released the original version of “Manifest” in 2021. Today, the overhauled Manifest Remix hits digital streaming platforms with a re-imagined sonic backdrop that highlights the elite lyricism on display from its predecessor.

“I wanted to give the song a different vibe,” explained iNTELLECT. “The remix definitely takes the song to the next level.”

Featuring a beautiful blend of boom-bap and carefully selected sampling, the remix holds the essence of the original record while infusing it with new energy.

“New life, new sight, work in progress/ What God manifests is what the world detests…those lines are the foundation of the song,” shares iNTELLECT. “It starts with the work that God is doing in us and that work becomes obvious to others as we live the way God intended us to live.”