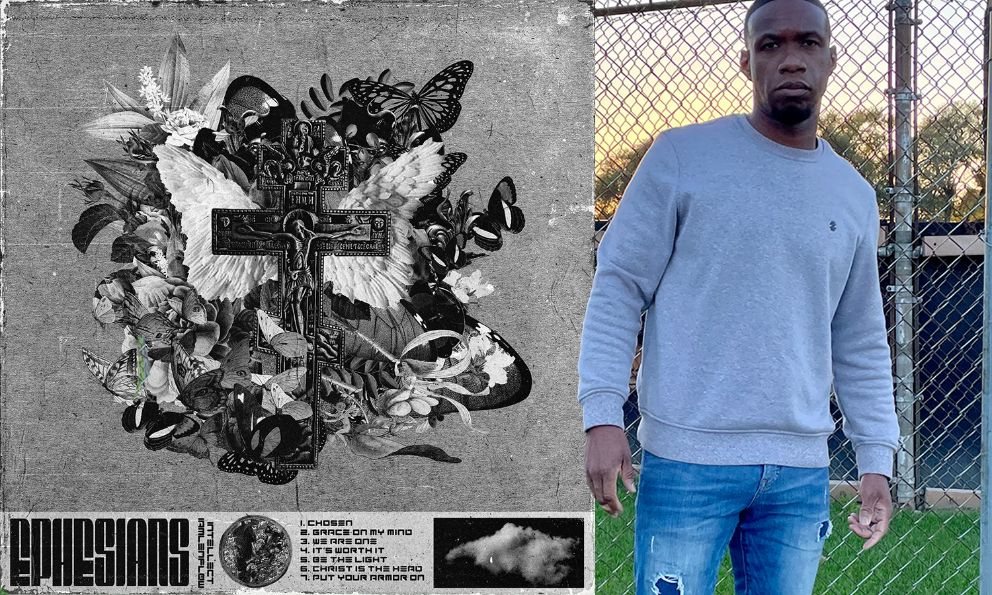 Driven by precision and sound, technical hip hop ability, Ohio emcee iNTELLECT has developed into a model of consistency in the Christian rap world.

As a listener, you know what you are going to be met with – lyricism that is firmly rooted in the gospel of Jesus Christ. With the calendar preparing to turn over to a new year, iNTELLECT delivers a final musical offering during this holiday season.

Ephesians began as a soundtrack meant to support a sermon series. After that, it quickly turned into one of the deepest theological endeavors that iNTELLECT has undertaken. The six-song project journeys through the themes of Paul’s epistle.

“I didn’t see a project like this in the plan for 2021,” explains iNTELLECT. “When I was approached by my church to write some songs that coincided with the series, I really felt compelled to do it. The whole idea was to have the songs be laser-focused on the text. Nothing more, nothing less.”