June 2021 represents 15 years of God chasing and the team is going big. It all starts with the release of a new project from an old friend.

It’s been nearly a decade since CStraight’s classic debut project Not So Cool. Even so, C is back and FiveTwenty was blessed with early access to his new album, The View From Here.

Can CStraight stand up with today’s CHH? We’re going to find out! 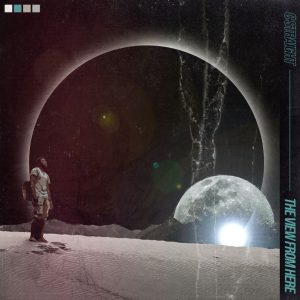 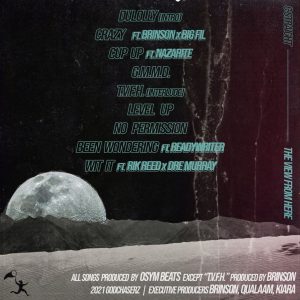 On the opening track, CStraight acknowledges his hiatus while reminding everyone of the point behind this ministry.

With no hook, C showcases, for those who may not know, why he is considered by many as an elite emcee in Christian hip hop. He not only gives us one, but two verses on the intro and sets the bar for the remainder of the album. 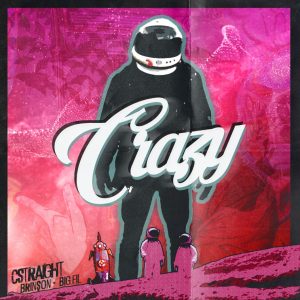 The song released on digital music retailers on June 11, 2021. Get a sample of the track below.

It is a great summer jam. With is smooth feel, it is easy to understand why this record was chosen as the lead single to serve as a reintroduction of sorts to the CHH community. CStraight and Brinson kill their verses and Big Fil ties it all together with a melodic hook.

“This ain’t a lecture, this is life in activation/ elevate ya, celebrate ya to a brand new creation/ It’s safe to say, it’s Christ I’m trying to mimic/ if death couldn’t beat Him, then what’s a pandemic?”

CStraight is joined by fellow Godchaserz artist Nazarite on this one. With the duo’s impressive lyrical ability, my expectations going in are pretty high.

I love the simplified production and hard-hitting 808. The lyricism is front and center. While C did his thing, I’m not going to lie, I’m a little disappointed that we didn’t get a verse from Naz on the track. Instead, he held down duties on the hook. Overall though, Cup Up is a solid record that feels right in C’s wheelhouse.

We continue to experience CStraight’s strengths as an artist on God Made Me Dope. His verses on the track are fantastic and I love the bridge, something that does not get used often in today’s music. The hook on G.M.M.D. falls a bit flat for me as there is a lack of a “Wow” factor. However, if you’re in it for lyricism, then you should enjoy this record.

Produced by Brinson, the only track on the album not produced by Osym Beats, The View From Here is a chill vibe.

CStraight speaks on life without Christ and how God views the human experience. For believers, it is definitely a challenge to consider a different, and most important, perspective in life. It is easy to lose sight of the greater calling we have in our lives.

The energy picks up after a relaxed stretch. Level Up brings us into the back half of the album with a bang. This is easily one of my favorite records with a strong hook and well-crafted verses. CStraight declares the strength we have in Christ. Not only in life, but over the enemy who wants to see us ultimately fall.

For fans of CHH that are seeking Christ-centered artists/projects, CStraight answers the call.

On No Permission, C continues the theme of the freedom we have thanks to the sacrifice of Jesus. The record is an ode to CStraight’s father who, unfortunately, passed during the past year. The intro to the track is actually a voicemail that his father left him. This adds to the depth of meaning within the track.

When you’re talking about the classic hip hop sound, look no further than Been Wondering. Add in ReadyWriter bars and you’re transported to the golden era. Again, Big Fil drops in to wrap the whole thing up with a soulful hook. I love boom-bap and elements like record scratches, perfectly incorporated adlibs, and a good bridge every now and then. Been Wondering checks the boxes for me…add it to my favorites list.

The finale brings in CHH vet Dre Murray along with Rik Reed.

What’s the old adage? You should save the best for last? I’m not sure if Wit It is my number one record on the album, but it’s up there. The energy is electric, the melody moves throughout the track, and the artists complement each other beautifully. If you told me that this is your favorite song from ‘The View From Here’, I’m not going to argue with you. It is a great finish to what has been an enjoyable listen. The kind of final song that entices you to loop back around to the start (or keep Wit It on repeat).

Overall, The View From Here is a solid project and a great “welcome back” for CStraight.

The Chrisitan Hip Hop landscape undoubtedly looks very different than the last time he was here. Because of that, CStraight is in a unique place to reinvent himself for a new crop of fans.

While the album brings us through the decade-long journey that C has been on, it also gives us glimpses of where God is taking him as an artist. CStraight recently told FiveTwenty that this may not be the only project he drops this year, and that the new music already has a different feel than The View From Here. Until then, this project is perfectly timed to kick off a time of celebration for the Godchaserz team.

How are you feeling about getting new music from CStraight? Which songs are you excited to hear? Let us know in the comments below!

You can preorder The View From Here, and grab some merch as well, now at GodChaserz.com | Bandcamp | Digital Streaming