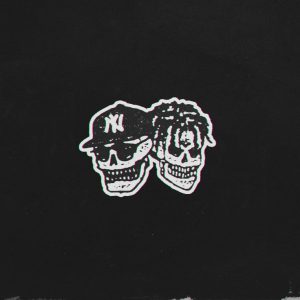 Hello, and welcome to today’s DIVE edition with DJ Expander*.

This month I will be diving into two different songs by Andy Mineo that compliment each other in multiple ways. Keep FiveTwenty Collective’s website saved for the 20th of this month, when I will go over the second song!

Today, I will DIVE into a song from 2018 called Coming In Hot by Andy Mineo featuring Lecrae.

Being produced by SAK PASE, who has worked with artists such as Kanye West and JAY-Z, this song had a significant chance of being playlisted and used in many ways. As if having Andy Mineo and Lecrae on it wasn’t enough!

This song is currently on multiple platforms and the official Reach Records’ Summer Eighteen playlist.

In Coming In Hot, Lecrae and Andy Mineo amazingly rap about multiple topics.

Being a follower of Jesus, American politics, and the Reach Record’s 2018 “Better Late Than Never Tour”. While I won’t go over every line, I will go over the seemingly most essential bars based on the primary topics of the song.

In the song, Andy states, “I testify, don’t need a subpoena.” Here, he is using court lingo to likely reference that he is unashamed about willingly testifying and witnessing to people about his faith in Jesus (See Romans 1:16).

In the subsequent line, he hits us with a banger bar saying, “They want my soul, better go to Korea.”

Andy uses play-on-words with “soul” and “Korea.” He puts a double meaning on the word “soul” by also talking about the capital of South Korea, “Seoul.” Artists who sell their souls for notoriety and wealth, while at the same time ditching their morals, are typically called “sellouts.” “Sellout” is commonly used for Christian artists who sacrifice their morals for the world. Biblically, being a “sellout” in this particular sense is not good (see Mark 8:36).

Lecrae comes into the song in Verse 2 and kills it.

Lecrae is known for mixing his Christian beliefs with the culture of Hip Hop. In his 2017 interview with 97.9 The Box, he explains how he is “rachet” and “saved” by the grace of Jesus.

The final few bars in the single I would like to speak about is when Lecrae says, “Even Trump gotta take a knee. When the horn blow, y’all gon’ see. Make the wall fall down like, ‘Yee’!”

Regardless of our opinions on these few bars, let’s look at this objectively to avoid taking sides on the issue. Lecrae is referencing former President Donald Trump’s views regarding former NFL player Colin Kaepernick. Colin is known for kneeling during the national anthem in NFL games. His goal was to bring attention to racism in America toward African Americans. Trump has spoken about Colin kneeling for the anthem by saying he shouldn’t disrespect America, the American flag, or the US Anthem.

Lecrae attempts to convey that Trump may not take a knee, but everyone in the world (including Trump) will “bow and confess that Jesus is Lord” when “the trumpet sounds” for Christ’s return. (See Philippians 2:10-11). In the last bar I mentioned, he notes Trump’s border wall proposition by directing his audience to Joshua 6 and nods to the Wall of Jericho. The Wall of Jericho fell. Lecrae uses this imagery to convey what might’ve happened to Trump’s wall after its construction.

Looking at this objectively from a Biblical point of view, Lecrae is correct to demonstrate that there is racism in America that we should address. He also accurately emphasizes that everyone will bow before Jesus when He returns, even those who don’t believe.

However, I think there is something to be said about people’s differing opinions on the subject.

Some people believe Colin was disrespectful to Americans by kneeling for the anthem and flag; some say he was respectful to the black community by raising awareness of racism; some even think somewhere in the middle. Regardless of your opinion on the subject, it’s safe to say that objectively racism, unfortunately, exists in America and that every knee will bow when Jesus returns.

Coming In Hot by Andy Mineo and Lecrae, produced by SAK PASE, is a song with over 91 million streams on Spotify. It was certified Gold by RIAA on August 19th, 2021.

In this single, Andy Mineo and Lecrae use similies, metaphors, and the like to emphasize their Reach Records tour, their political sentiments on racism in America, and, most importantly, Biblical references to their faith in God.

Four primary takeaways we, as believers, can take from this song are:

For everyone—even those who are not believers—one takeaway from this song is that Andy Mineo and Lecrae care deeply about justice and their relationship with God.

*About the DIVE Series

In this series, I DIVE into the clear and potential meaning of Christian Hip Hop singles, albums, and EPs.

Check out the previous installment here!

**See the full Coming In Hot music video at the end of the article!**