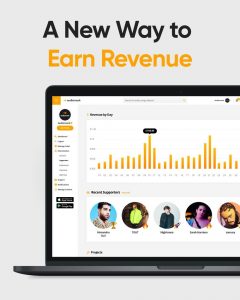 Audiomack is enabling artists to generate a new revenue stream…

…and connect with FANS!

Audiomack is an Artist-First music streaming and discovery platform. Since its launch in 2012, the top-ranked music app has played an integral role in breaking new acts. Now, Audiomack has launched a first-of-its-kind feature simply known as “Supporters”.

Supporters allows fans to directly support songs and albums from artists they love.

“With Supporters, Audiomack is treating artists as they see themselves – as entrepreneurs building profitable careers,” explains Audiomack co-founder and CEO, Dave Macli. “Supporters creates brand new monetization opportunities for our creator community while bringing dedicated fans closer to the music and artists they love.”

Fans participate in Supporters by purchasing support badges for individual song and album releases. In addition, when you complete a badge purchase, contributions are forever memorialized. Badges appear on your Audiomack profile as well as the artist’s page. To help showcase their support across social media, Audiomack provides custom shareable graphics. 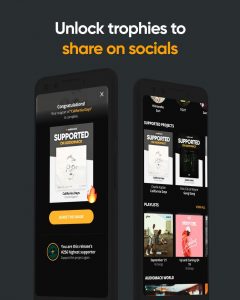 Artists and musicians are able to directly engage with their fans when they release new music. They can express their appreciation for direct support through a variety of messaging options and share exclusive content & limited offerings.

If you are a FAN, not just a listener, then become an engaged Supporter.

Discover the bigger, more meaningful way to support the music you love!

Because of Supporters, music streaming has entered into a new, exclusive world where fans and creators get connected. You are now a part of your favorite music. Champion your favorite artists.