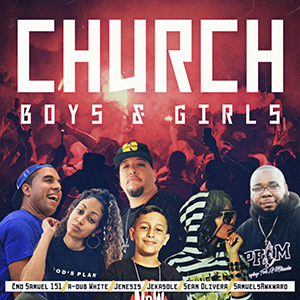 Church Boys & Girls is the remix to the anthem Church Boy, and is the first single off the upcoming remix project by 2nd Samuel 151. The original track has spent two years in heavy rotation by “Church Boys” all around the world. This time, the “Girls” wanted in, and show that the body of Christ is truly made up of different unique and talented parts! With a diverse cast of featured artists, 2nd Samuel 151 openly displays unity within the body, and with the inclusion of his son on the song, within the family as well. He recruited an all star Central & South FL cast for this remix. This is a summer jam that will remain in your playlist long into the fall and winter.